Updated On January 29, 2023 | Published By: Robert Taylor
Share this
Widow 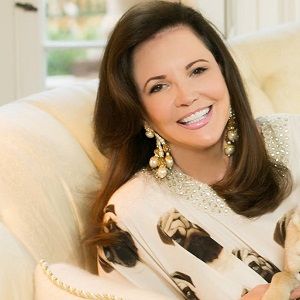 What is the relationship of Patricia Altschul?

Patricia Altschul has been married thrice in her life. Firstly, she was married to L. Hayes Smith in 1962. Together, they also welcomed a son Whitney Sudler-Smith in 1968, who is currently a film producer.

After almost two decades of marriage, she and her ex-husband got divorced in 1979.

After 10 years of her divorce, Patricia tied her knot with the doctor and entrepreneur Edward Stitt Fleming in 1989. However, they couldn’t continue their relationship for so long and broke up after six years in 1995.

Back in 1996, she was married a third time to Arthur Goodhart Altschul. Their wedding ended with her spouse’s death in 2002.

Currently, Patricia is enjoying her single life and living elegantly.

Who is Patricia Altschul?

Patricia Altschul is a socialite and art collector from America. She is also a reality television star who is famous for her role in Southern Charm.

Besides this, Patricia Altschul has also been a director of a couple of non-profit organizations which include the New York Historical Society and Historic Hudson Valley.

In addition, she won a Carolopolis Award from the Preservation Society of Charleston for her renovation of Isaac Jenkins Mikell House.

Patricia was born on April 16, 1941, in Jacksonville, Florida, United States. She is the daughter of Walter Pettus Dey (father) and Francis Pearl Sudler Dey (mother).

Talking about her nationality, she is American and her ethnicity is unknown. She grew up in Richmond, Virginia along with her parents.

Patricia began her career as a lecturer in art history at George Washington University. Later, she opened a private art dealership, Arcadia.

During that time, she also handled major paintings such as Georgia O’Keeffe, Martin Johnson Heade, and Winslow Homer.

She is also a reality television star who is famous for her role in Southern Charm.

Besides this, she has also been a director of a couple of non-profit organizations which include the New York Historical Society and Historic Hudson Valley.

Moreover, Patricia won a Carolopolis Award from the Preservation Society of Charleston for her renovation of Isaac Jenkins Mikell House.

Being a socialite, she pockets a healthy amount of money from her profession. However, her salary is unknown. As of 2022, she has an estimated net worth of $100 million.

So far, she has received a Carolopolis Award from the Preservation Society of Charleston for her renovation of Isaac Jenkins Mikell House.

Adding up more info, she wrote and published The Art of Southern Charm in 2017, a book.

As of now, there are not any drastic rumors regarding her personal and professional life. Moreover, she has never faced any controversy in her career.

It seems she has a total focus on her career rather than being stuck in any controversy.

Concerning her body measurements, Patricia Altschul has a pair of attractive brown eyes and brown hair.