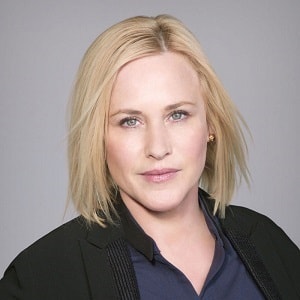 “We all go through life living in little bubbles, which we share with people who think pretty much the same as us.”

Patricia Arquette is a divorced woman.

Previously, she married musician Paul Rossi at the age of 20. They gave birth to their child, Enzo Rossi on January 3, 1989, but they divorced later.

She then married Nicolas Cage in April 1995, and they separated after nine months.

She engaged Thomas Jane in 2002 and they had a baby Harlow Olivia Calliope Jane on January 23, 2003. They married after three years giving birth to their daughter. But they divorced on July 1, 2011.

Who is Patricia Arquette?

Patricia was born on April 8, 1968, in Chicago, Illinois, USA. His zodiac sign is Aries. Her father’s name is Lewis Arquette who is also an actor for voiceovers, commercials, and industrial films and his mother’s name is Brenda Olivia “Mardi” who was also involved in the arts and worked as a therapist. Her father was an alcoholic, and her mother was violently abusive. The family relocated to Chicago and later settled in L.A.

Patricia’s has 4 siblings. They are Rosanna, Richmond, Alexis, and David. Patricia was offered to get her braces for her teeth when she was a child, but she refused and told them that she wanted to have flaws because it would help her with acting.

Patricia wanted to be a nun as a teenager. She ran away from home and lived with her sister, Rosanna Arquette, in L.A. after she knew her father was having an affair. She wanted to be a midwife before acting her acting career but her career gained her success in the industry.

She studied in the ‘Mid-City Alternative School’ during the early 70s and she also attended the ‘Los Angeles Center for Enriched Studies’ after their family relocated to L.A.

She moved with her sister Rosanna who was an upcoming actress at that time and Patricia followed Rosanna’s footstep to become an actress.

Patricia debuted with the film ‘Pretty Smart’ where she played the character of Zero, a boarding school student in 1986 and after one year, she played Kirsten Parker in the film ‘A Nightmare on Elm Street 3: Dream Warriors’ and debuted in television with the film ‘Daddy’.

She got CableACE Award for her Best Actress in a Miniseries or a Movie for her role of Alice Guthrie in television movie ‘Wildflower’ in 1991. She came with films like ‘Ethan Frome’, ‘Beyond Rangoon’, ‘Lost Highway’ and many more.

Her movie ‘Flirting with Disaster’ earned $14 million in 1996 and ‘Stigmata’ earned $80 million in 1999. She played different genres like drama, mystery, light-hearted comedy in the films like ‘Little Nicky’, ‘Humane Nature’, ‘The Badge’, etc.

Patricia continued her career in ‘Boyhood’ directed by Richard Linklater from 2002 to 2014 and she received widespread appreciation for her role, Olivia Evans. She won several awards for that role.

She won the ‘Academy Award ‘in the category of ‘Best Performance by an Actress in a Supporting Role’ for her performance in ‘Boyhood’ in 2015.

Patricia Arquette: Net Worth and Salary

It is expected that she has got a net worth of $24 million and her salary is still under review.

She was in a controversy after she received her Oscar and ended her speech by saying that every woman needs equal wages and equal rights in the USA.