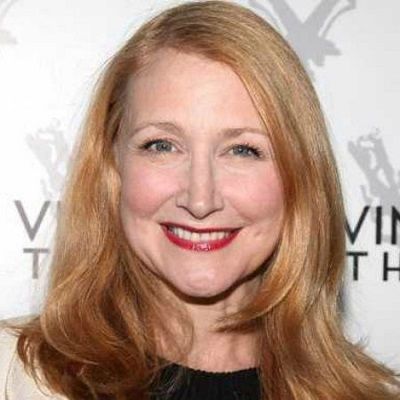 Previously, she was married to an American actor Jeff Goldblum who is famous for his roles in Jurassic Park and Independence Day. Patricia and Jeff got married on July 4, 1980, but their married life didn’t last for long as they got divorced after six years of marital life in 1986.

The couple didn’t have any children in their six years long married life.

After her divorce from her husband Jeff, Patricia has kept her personal life secret. She hasn’t revealed whether she has dated any boyfriend in these years after her divorce, but according to the sources, the former actress is not in any relationship as of present.

Who is Patricia Gaul?

Patricia Gaul is a veteran American actress, director, and producer, who is best known for featuring in films like ‘The Big Chill,’ ‘Silverado,’ and ‘Road Trip.’

Her claim to fame came in the early 1980s when she appeared in the role of Annie in the Lawrence Kasdan directed blockbuster hit film ‘The Big Chill.’

Patricia Gaul was born in Philadelphia, Pennsylvania, the United States on October 31, 1945, and she is currently 73 years old. There is no information about her family and her childhood.

There is no information about her siblings. Patricia holds American citizenship, but her ethnicity is unknown. Her birth sign is Scorpio.

Talking about Patricia’s education history, there is no information about her educational history.

Her initial television appearances include an episode, ‘The Law Is a Fool,’ of the crime drama mystery series ‘Quincy, M.E.’ Her claim to fame came with the role of Annie in the 1983 blockbuster, ‘The Big Chill,’ directed by Lawrence Kasdan. The film had Tom Berenger, Jeff Goldblum, and Glenn Close among others in starring roles.

Whereas, she appeared as Mrs. Gale in the 1987 romantic drama film, ‘Some Kind of Wonderful,’ starring Eric Stoltz, Lea Thompson, and Mary Stuart Masterson. In the crime drama television movie, ‘Murder Ordained,’ she appeared in the role of Paulette. Gaul essayed the role of Iona Ratliff in the 1988 comedy film, ‘Big Business.’

On that year she also appeared as Pasty in the episode, ‘D-I-V-O-R-C-E,’ of the television sitcom, ‘Roseanne.’ She played Mrs. Walker in film, ‘Three Men and a Little Lady.’ Thereafter, she featured in the television movie, ‘Runaway Father,’ in 1991. The television series, ‘Empty Nest,’ featured her as Mrs. Moses in one of its episodes, ‘Sucking Up Is Hard to Do.’

Moreover, she also featured as Mrs. Ethridge in a single episode of the medical drama television series, ‘ER,’ titled ‘A Shift in the Night’ in 1996. Besides that, she featured as Cookie Edwards in the 2000 released road sex comedy, ‘Road Trip.’ The film was directed by Todd Phillips and starred Paulo Costanzo, DJ Qualls, Breckin Meyer, and Seann William Scott.  She essayed the role of U.S. Bill’s Mother in the 2000 superhero comedy film, ‘The Specials.’

There are no drastic rumors regarding Carol’s personal and professional life. It seems like she is doing the best job without harming others for which she hasn’t been a part of controversy yet.

Patricia Gaul has a height of 5 feet 6 inches. Additionally, she weighs is unknown. In addition, she has a measurement of 34-26-35 inches. Patricia’s hair color is blonde and her eye color is blue.