Known as Debra Barone in the television sitcom Everybody Loves Raymond.

Patricia Heaton is a married woman. She exchanged her vows with an actor-director, David Hunt, in 1990 in Los Angeles. 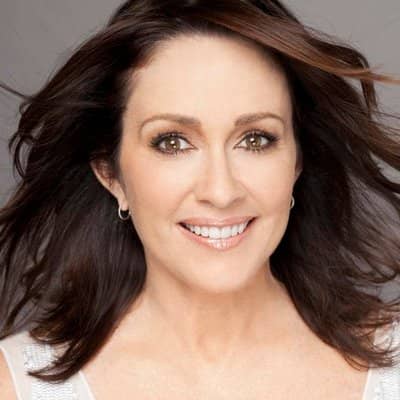 My favorite body part? My feet. They're not pretty but they get me where I want to go.

Who is Patricia Heaton?

Patricia Heaton is an American comedian and actress. She is best known as Debra Barone in the television sitcom Everybody Loves Raymond.

This actress was born on 4 March 1958, in Ohio, the US with the birth name Patricia Helen Heaton.

Her father‘s name is Chuck, a journalist, and her mother‘s name was Patricia. Her mother died due to an aneurysm when Patricia was 12 years old.

She has a journalist brother named Michael, and three sisters; Sharon, Alice, and Frances. Patricia attended Bay High School. She graduated with a Bachelor’s degree in arts and drama from Ohio Wesleyan University.

She belongs of English descent.

Patricia Heaton Moved to New York to study drama after her graduation. In 1987, she made her first Broadway debut in the chorus of Don’t Get God Started. She created an off-Broadway acting troupe Stage Three with her fellow students.

Afterward, this troupe bought its production in Los Angeles. She caught the eye of a casting director for the ABC drama Thirtysomething.

Between 1989-1991, she played an oncologist in six episodes of the series. Earlier from 1989-to 2004, Heaton made guest appearances in television series and sitcoms including Matlock, Alien Nation, The King of Queens, Party of Five, and Danny Phantom.

Her feature films are 1992 Memoirs of an Invisible Man, Beethoven, The New Age, and Space Jam. Afterward, she played in three short-lived sitcoms like Room for Two, Someone Like Me, and Women of the House.

Between 1996 to 2005, she played Debra Barone in the popular TV series Everybody Loves Raymond, from which she gained huge popularity.

Heaton was nominated for the Primetime Emmy Award for Outstanding Lead Actress in Comedy Series in each of the series’ last seven seasons.

She won the Emmy Awards in 2000 and 2001 becoming the first cast member on the show to win Emmy Awards.

In addition to Emmy, Patricia also won a Screen Actors Guild Trophy, and two Viewers for Quality Television Awards for her work on Everybody Loves Raymond.

She helped build a home for firefighters and families appearing in the seven-season of Extreme Makeover: Home Edition.

She also starred in many television films like Shattered Dreams, Miracle in the Woods, 2004 The Goodbye Girl, A Town Without Christmas, and The Engagement Ring.

Afterward, in 2005, this actress made her debut as a producer for the documentary The Bituminous Coal Queens of Pennsylvania. The next year, she worked as a co-producer for the biographical drama film Amazing Grace.

In 2007, she starred in the off-Broadway play The Scene with Tony Shalhoub at Second Stage Theatre in New York. Patricia got nominated for the 22nd Lucille Lortel Awards in the Outstanding Lead Actress for her performance.
Between 2009-2018, she played Frankie Heck in the ABC comedy sitcom The Middle.

In 2015, she hosted a cooking show on Food Network Patricia Heaton Parties’. The next year, this show won a Daytime Emmy Awards for Outstanding Culinary Program.

Patricia has voiced the role of Edith for the 2017 animated comedy film The Star. Similarly, the next year, she worked as a voice artist for Mama Bear in an animated musical comedy movie Smallfoot.

Earlier, on 22 May 2012, this actress received a star on the Hollywood Walk of Fame.

Later on 21 July 2020, she published her book Your Second Act: Inspiring Stories of Transformation. Apart from acting, she is also a social activist. Patricia is the Honorary Chair of Feminists for Life. She supports gay rights and is a registered Republican.

Patricia receives an impressive salary of $450K from a single episode of Everybody Loves Raymond.

Meanwhile, according to some sources, she has an estimated net worth of $40 million.

Similarly, her husband David Hunt has an estimated net worth of $5.48 million.

There is no rumor or scandal about this comedian. Meanwhile, Patricia has managed to keep herself out of any controversy and rumor. She is doing great in her career.

You may also read of Kim Caramele, Evelyn McGee, and Empress Schuck.