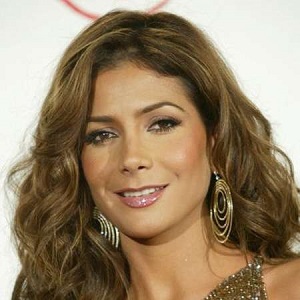 Previously she was married to her boyfriend Javier Ortiz who is an ex-Garibaldi member. The couple got married on 17th April 1999 in the Cuernavaca Cathedral in Mexico but unfortunately due to some reason the couple divorced in 2005. Although being in a married relationship for so long they didn’t have any children.

Who is Patricia Manterola?

She was born to Jorge Manterola(father) and Mario Dolores Carrion(mother). She has one 11 months older brother Jorge and 8 years younger sister Michelle. Manterola and her sister share the same birthdate.

Manterola is mostly known as Patty as her nickname and used to live with her extended family for a while. She was talented since childhood and engaged in dancing, singing, and musical lesson. She was the main voice of Miguel Angel Institute.

She did her schooling from Colegio Miguel Angel and Franco-Espanol. She studied at ‘Colegio Oxford’ in Cuernavaca during her middle school years.

Patricia Manterola took a part in a festival ‘Juguemos a Cantar’ where she went up to final but couldn’t win it. She entered the modeling world where she met the creator of the band, Timbiriche, Luis de Llano. Luis de Llano invited her to be a part of a new project Garibaldi.

Garibaldi is a group of men and women wearing a freestyle version of traditional charro costume while singing a modern version of traditional songs. Manterola started her acting career through a commercial Vanity Fair in 1987 and appeared on a television show ‘Papa Soltero’ in the episode of Operation Cupido in 1989. Later on, she debuted in the comedy featuring Garibaldi movie ‘Donde quedo la bolita’ portraying her character as a Patty in 1993.

After onwards she appeared in numerous television series and movies. She also got engaged in soap opera, receiving the newcomer of the year award from the Latin American Soap Opera Magazine. Manterola is also a singer who has released albums like Hambre de Amor, Nina Bonita, Quiero Mas and much more. In 2001, Manterola posed naked for the People for the Ethical Treatment of Animals (PETA). She also launched her designing of jeans ‘B-good’ suitable for everybody in 2004.

Once Patricia Manterola is rumored to be in a relationship with Carmen Licciardello while she was still married to Javier Ortiz.

Patricia Manterola has a height of 5 feet 7 inches. Her hair and eyes are both dark brown. Her shoe size is 9US. Furthermore, there are no details regarding her body measurements.

Also know more about the early life, career, net worth, relationships, and controversies of other singer and actor including Amandla Stenberg, Vice Ganda, Brandon Gomes, Alexander Ludwig, and Jacob Anderson.