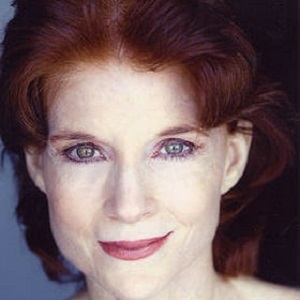 What is the relationship of Patricia Pearcy?

Patricia Pearcy might be currently single. As she likes to keep her profile low, she has not disclosed much information regarding her relationship status.

However, it can be assumed that she might be in a relationship at some point in her lifetime.

Who is Patricia Pearcy?

Patricia Pearcy is an American film, television, and stage actress who is best known for her appearances in ‘Cockfighter’ in 1974, ‘The Goodbye Girl’ in 1977, ‘Squirm’, and ‘Delusion’.

She was born on September 10, 1946, in Bell County, Texas, USA. Her birth name is Patricia Sue Pearcy and she is currently 72 years old. She has not disclosed any information regarding her parents, siblings, and childhood.

Patricia holds American citizenship but her ethnicity is unknown.

She attended the University of Texas at Austin and earned a Bachelor of Fine Arts degree in acting in 1967.

Furthermore, she acquired an MFA in directing from the University of Texas and also studied acting with Milton Katselas at the Beverly Hills Playhouse.

She appeared as a daughter in the production of ‘Solitaire/Double Solitaire’ in 1971, which was later staged on Broadway at the John Golden Theater.

Later, she made her appearance in numerous plays at the Actors Theater in Louisville, Kentucky, and appeared in productions of Bertolt Brecht’s ‘The Threepenny Opera’ and Tom Stoppard’s ‘The Real Inspector Hound’.

She debuted her film career from the film ‘Cockfighter’ in 1974 in which she appeared as Mary Elizabeth opposite Warren Oates and Harry Dean Stanton.

After that, she made her appearance sun the horror film ‘Squirm’ in 1976, and portrayed the recurring role as Rhonda in ‘The Goodbye Girl.

She took a break from Hollywood in 1984 and then started teaching private classes in acting in Austin, Texas.

Despite playing so many films and television series, it seems Patricia has not been awarded and nominated for her work to date.

She must have earned a huge sum of money from her career however, she has not revealed her exact net worth, salary, and income as of 2022.

She has been successful in keeping herself away from unwanted rumors and controversies in her career.

She has a height of 5 ft. 5 inches and she has blue eyes and light red hair.

But, other information regarding her weight, shoe size, dress size, body measurement, etc. are not available.