Patricia Southall is a well-known American activist. She is married.

Patricia Southall is a married woman. She is in a married relationship with Emmitt Smith. The couple married on 22 April 2000.

Professionally, Emmitt is a former American football player who played for Dallas Cowboys.

They have three children as well. The duo had their first child a son Emmitt James Smith IV born on 15 May 2002, their second child, a daughter Skylar Elizabeth Paige Smith was born on 15 October 2003.

Furthermore, they welcomed a third child as a son named Elijah Alexander James Smith who was born on 22 September 2010.

Pat has had some affairs in the previous days as well. Southall was in a married relationship with Martin Lawrence. They had tied the knot on 7th January 1995.

Also, the duo had a child as a daughter named Jasmine Page Lawrence. She was born on 15 January 1996. However, they divorced in 1997. Like her father, she also wants to pursue her career in acting. Furthermore, she has a short cameo in Will Smith and her father Martin’s movie, Bad Boys for Life. 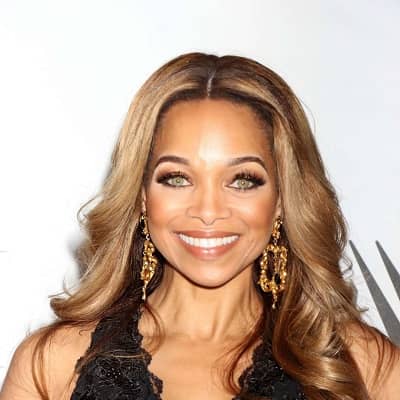 Who is Patricia Southall?

Patricia Southall is a well-known American activist as well as the founder of the non-profit organization, Treasure You.

Southall is also renowned as the wife of former Dallas Cowboys running back and Pro Football Hall of Famer, Emmit Smith.

Also, Patricia is known as the former Miss Virginia.

Patricia Southall was born on 17 December 1970. As of 2021, her age is 51 years old. Likewise, her birthplace is Chesapeake, Virginia.

Talking about her nationality, Patricia holds American nationality whereas she belongs to African-American descent.

The famed personality earned her graduation degree from James Madison University. She has a Bachelor’s degree in Journalism.

Professionally, the American activist is a spokesperson. Patricia is a model as well. The spokesperson has previously won the Miss Virginia USA in 1993. Afterward, she took part in the Miss USA pageant representing her state.

Additionally, Southall is renowned for her philanthropic work. Pat, alongside her second husband, has entitled themselves as a significant donor to many non-profit organizations.

The renowned personality is the spokesperson as well as the founder of Treasure You. It provides awareness and education to women regarding beauty and experience.

Besides, Patricia is also a writer and has released a book entitled Second Chance. The book was based on her married life with her former husband Martin Lawrence.

Apart from these, she has also played in television series. Southall is widely known for her role in Beverly Hills, Halfway Point, and The Wayans. She also emerged in the Mr. and Mrs. Smith with his husband Emmit Smith.

The multi-talented personality has earned a good income from her multiple profession. Southall’s main source of income is the acting industry. Also, she is the CEO of Pat Smith Enterprises.

It is estimated that Patricia has a net worth of nearly $500 thousand as of 2022.

Her husband, Emmitt Smith is professionally an American footballer and has a net worth of nearly $18 million.

However, the motivational speaker has not revealed her exact salary and earning details till now.

Till now, Patricia has not been part of any unwanted rumors or controversies. She is a very straight and forward personality. She has openly stated everything about her relationships and divorce.

Therefore, it is very hard to find Southall in any kinds of rumors or controversies.

The beautiful personality has got a charming look. Southall has a height of 5 feet 4inches.

Similarly, Patricia has got brown eyes color as well as brown hair color.

But, her other body measurement details as well as exact weight measurement are still not mentioned.

About her social media presence, Patricia is active on social media. She has got nearly 131k followers on her official Instagram account @patsmithy.

Likewise, she is also active on Facebook with nearly 125k followers. Southall is not available on Twitter till now.