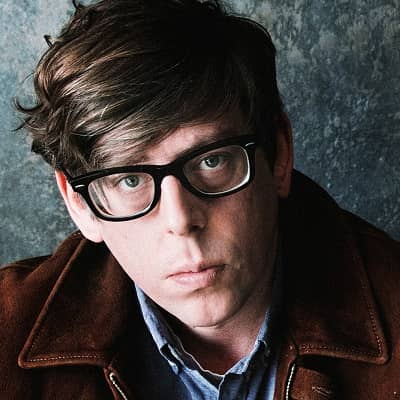 I wasn't raised super-poor, but my parents got divorced, and my mother didn't have much money. Even now if I have a cake, I'll eat it slowly, and I save most of the money I have.

I was real into Devo, Pavement, Captain Beefheart, and the Jon Spencer Blues Explosion.

I can totally identify with the younger kids. I'll never do what Jon Spencer did to me when I was 16, though. I made a tape with my friends and I put it onstage right near his mic stand by the pedal board and he pulled it out with his foot, kicked it to the center of the stage, looked me in the eye and stomped it to pieces.

In 2015, Carney met Michelle Branch at the Grammy Festival, and the two began to date during the production of the Branch album Hopeless Romantic, produced by Carney. Carney and Branch were engaged on her birthday in 2017. On February 11, 2018, Branch revealed that she and Carney had been expecting their first child. Her son, Rhys James Carney, was born in August 2018.

Carney and Branch were married in April 2019. In October 2020 the pair allegedly bought a home in the Old Village neighborhood of Mount Pleasant, SC, across the harbor from downtown Charleston. It was revealed in December 2020 that Branch had suffered a miscarriage.

Who is Patrick Carney?

Patrick Carney is a Drummer, a member of the blues-rock duo known as The Black Keys. He later started up the side rock band Drummer in 2009 and was the founder of Audio Eagle Records.

He has also recorded several albums for artists such as Beaten Awake, Houseguest, Churchbuilder, and The Black Keys.

American singer Patrick Carney is the most incredible artist in music history, and that popularity has made the celebrity a successful musician.

Patric was born on April 15, 1980, in Akron, Ohio, USA, his father, Jim, was a reporter until he retired from the Akron Beacon Journal in Ohio, where his stepmother, Katie Byard, still works.

Mary Stormer, his mother, was a Deputy Clerk of the Akron Municipal Court and a former member of the Akron Board Of education.

His stepfather, Barry Stormer, is the owner of B. A. Stormer Construction Equipment, His uncle, Ralph Carney, is a talented sax player, and he played with Tom Waits and others.

Dan Auerbach also lived in this area, and both of them met and played tag football with Auerbach’s friends, even though they didn’t become friends until high school.

In an interview with Modern Drummer, Carney said he never learned drum lessons as a child, but he learned to follow friends who were also drummers using a $150 drum set that he purchased with money gained from a job of washing dishes. As a youth, Carney was musically affected by bands such as Pavement, fellow Akron band Devo, and Captain Beefheart.

His education details like his schooling or university graduation background are not available.

Their critically praised fifth album, Attack & Release, was released in 2008, followed by Brothers in 2010. The band released the album, El Camino, in 2011. The new album of the band is Turn Blue, released in 2014.

Both Carney and Auerbach record with Nonesuch Records. In 2009, He appeared in the 9th Yearly Independent Music Awards to support the career of independent performers.

Carney created records for Beaten Awake, Houseguest, Churchbuilder, and The Black Keys. He is the founder of Audio Eagle Recordings.

In 2009, when a fellow member of the Black Keys Dan Auerbach was on his solo tour, Carney formed a new band called Drummer, in which he played bass.

Every member of the band played drums in some other band. They released their debut album Feel Good Together in the same year.

In 2005, Carney established Audio Eagle Records, an independent music company. It has signed acts such as Houseguest, Royal Bangs, and Carney’s own side-project Drummer. Carney shut down the label in 2010.

He released a self-titled album for Canadian rockers The Sheepdogs in 2012. It was released by Atlantic Records on 4 September of that year. In 2011, he recorded Tennis’ second studio album, Young & Old, which was released on Fat Possum Records on February 14, 2012. Carney also dedicated the main theme music to BoJack Horseman’s 2014 Netflix broadcast. Carney is the drummer on Lost Alphaville’s 2014 album The Rentals.

Until now he has not achieved any awards or nominations for his work.

This incredible musician’s annual earnings, including albums, prize money, and sponsorships, is estimated to have a net present value of $16 million.

The American rock star has earned a lot of cash through music and his large endorsement deals. He also makes a lot of money from his subscription contracts.

Patrick Carney likes to keep his love life and private life secret. Thus until now he is not been involved or dragged in any controversy or scandals.

He has a pair of light brown eyes as well as has light brown hair, he stands 6 feet 3 inches tall and he weighs around 85 kg. His other body measurements details are not available.