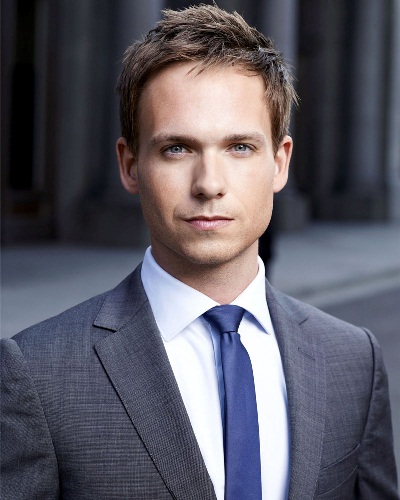 Suits star Patrick J. Adams’ and his wife Troian Bellisario have some good news to share with the world. The cute couple is expecting their first child together.

Sources close to the couple Troian and Patrick have confirmed to US Weekly that Troian is pregnant and expecting a baby. But there has been no official announcement forthcoming from the couple as yet.

The couple’s last public outing was at Meghan Markle’s royal wedding on 19 May this year. It may be recalled that Meghan Markle was Patrick J. Adams’ love interest in Suits. There were other Suits cast members who were at the regal affair which included Sarah Rafferty, Gina Torres, Gabriel Macht, Rick Hoffman, and Abigail Spencer.

The couple and his show cast members enjoyed dinner together before the marriage ceremony. After the attendance as guests at the wedding, the couple went for a great and wonderful vacation to Mykonos, Greece. The fans had suspected that Troian was trying to hide a baby bump while on the vacation. But it could not be confirmed.

The couple has been keeping a low-profile in the last few weeks. Even on their social media, they post pictures of other people or of their work and new projects. But Patrick had given a clue when last month in an interview to Entertainment Tonight he said that he and his wife are thinking of children. He had said:

“We talk about it all the time, obviously, and when the time is right, the time will be right, You know, we’re not going anywhere. Very much in love and excited for everything that comes next.”

Also read Chelsea Houska reveals her growing baby bump and is eagerly awaiting the arrival of her baby girl!

The baby’s expected the date of arrival

Going by the photo posted by the couple on Instagram, various news outlets have predicted that Troian’s delivery is expected in January 2019. People have also started talking about likely baby names for the couple’s first child.

These suggestions include names such as Harvey, Mike, Donna, or maybe Rachel. Earlier this year, Patrick has left the show Suits but there could be chances that the name for the new arrival might be picked up from there.

The relationship between Patrick and Troian

Patrick J. Adams, 36 and Troian Bellisario, 32 met back in 2004 on the set of the play titled Equivocation in which both had acted. The couple became friends and continued their friendship but had little time for each other. It was four years later in 2008 that they began dating and enjoying time together.

They soon moved in together. They were engaged in 2014 and it was in December 2016 that they got married. It was a beautiful bohemian hipster glamping wedding. The guests on the occasion included the likes of Lucy Hale, Ashley Benson, and Chris Pine.

The couple has completed a film now which is called Clara which is their joint film and a sci-fi thriller movie. It will premiere at the upcoming Toronto International Film Festival.