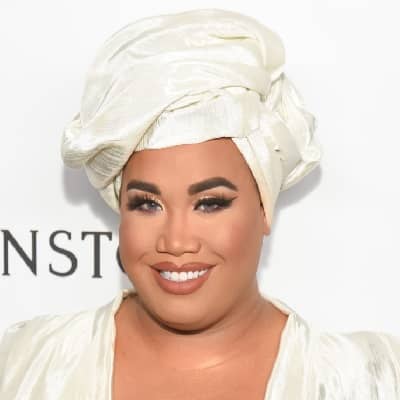 Patrick Starrr is the first Filipino transgender makeup artist who has openly accepted his sexuality. Though he has not revealed any information about his relationship or partner.

It is rumored that he is dating Roni Herrera. He is also a make-up artist on Youtube.

Who is Patrick Starrr?

Patrick Starr is a makeup artist and blogger who is one of the biggest beauty content creators in the industry. Likely, he is the first transgender makeup artist who has become an internet sensation.

Starr was born on 11th November 1989 in Orlando, Florida. His birth name is Patrick Simondac As per nationality, Patrick is Filipino-American and is of South-East Asian and Filipino ancestry.

Talking about his family, they immigrated to the USA after the birth of their children. They are all raised in the Catholic faith.

Patrick has his schooling at Timber Creek High School in 2007. He also has training as a classical pianist. Before, he used to assist his friends in choir sessions and singing competitions in his school days.

Meanwhile, he has a bachelor’s degree in nursing. Patrick received education from his Community College but he left his undergraduate course in nursing incomplete.

Patrick was thinking of starting his career in nursing in his initial days. But chasing his dreams, he became a successful entrepreneur. After completing his education, he discovered his passion for photography.

And later his innate passion for makeup develop during photoshop and photoshopping the images. He started getting obsessed with make-up and using it.

And like he started his Youtube channel on 26 February 2013 and has grabbed more than 4.1 million subscribers on YouTube now. He made different blogs inspiring people and regularly advises his viewers to embrace their passion.

Patrick is also managing the online makeup movement where different youngsters are provided beauty education from him. He also has bartered with some of the major beauty brands assisting with the Sephora Formula X (beauty brand).

Moreover, he has his own cosmetic line on onesizebeauty.com and also on Sephora. He sells all his cosmetic and makeup products there. The products are shipped all around.

Furthermore, Patrick has also started a new venture in music. The star has uploaded his new music video entitled GOT THE GLAM in June 2018.

The video has reached more than three million views and still counting. Moreover, he has also worked for an American dancer, Maddie Ziegler. Recently, he has uploaded his new music video entitled Go Off in July 2020.

Since 2013, Patrick has become an internet sensation and must have a good earning from it. However, his actual salary and net worth are not revealed yet.

Furthermore, he earns from different endorsements and promotions.

His first collaboration was initiated with the release of 3 pink nail polishes for Sephora’s Formula X brand in 2016. Likely in 2018, he was signed to launch 5 collections with M.A.C as an artist collaborator.

Furthermore, he promoted Kylie Cosmetics / Kris Cosmetics make up collection, and Kim Kardashian’s KKW brand on his YouTube channel. He has also filmed commercials for Benefit (2017) Cosmetics along with other videos sponsored by the brand.

With his tremendous net worth, he is living a luxurious lifestyle spending his time visiting different beautiful.

There was a buzz spread that Patrick married his fellow YouTuber Manny Gutierrez known by his internet name, Manny MUS. It was after they posted wedding photoshoot pictures on November 15, 2016.

Yet they replied later that it was just a spreading rumor on media. Actually, the picture was just an introduction to promote his new makeup tutorial video that was themed on bridal makeup.

He has both brown hair and eye color. Likely, he often wears bright blue or gray colored lenses and dyes his hair into different colors as per his look.

Information on his body statistics is not available at the moment. He usually has a signature style of wearing a scarf on his head like a turban. He likes wearing extremely long and thick eyelash extensions.

Likely, his Youtube channel has garnered more than 4.5M subscribers as of Nov 2020. He has over 2.5M followers and has around 35M likes in his TikTok account.

Also, read the affair, salary, net worth, controversy, and the bio of Kristian Nairn, and Graham Norton.