Atheist and a patron of Humanists UK as well as he identifies himself as a Feminist.

Patrick Stewart is a married person and has married three times in his life.

He is first married to Sheila Falconer in 1966. But after some years of being together, they got separated in 1990. They also have a son named Daniel who is now an actor and a daughter Sophia from this marriage.

Patrick’s second marriage was with Wendy Neuss. They both took vows in 2000. However, this marriage also didn’t last long, and got separated in 2003.

Patrick met Sunny Ozell who is a singer and songwriter and started dating her in 2008. He then purchased a home in the Park Slope neighborhood of Brooklyn in 2012 and started to live together.

Then they got married in September 2013 with Ian McKellen performing the ceremony.

Then they did their second official ceremony with McKellen at a Mexican restaurant after the Nevada ceremony. 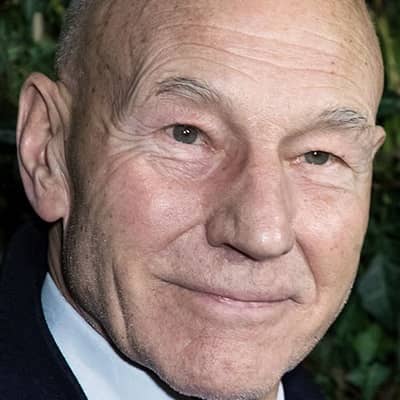 Who is Patrick Stewart?

Patrick Stewart is a popular British actor who has been nominated for Olivier, Tony, Golden Globe, Emmy, Screen Actors Guild, and Saturn Awards.

He is also an atheist and a patron of Humanists UK as well as he identifies himself as a Feminist. He has a six-decade career in numerous theatre shows, television, cinema, and video games.

He is currently 82 years old, has British nationality, and is of English and a little percentage of Scottish ancestry.

He was born to Alfred Stewart, a regimental sergeant major in the British Army during WWII who also worked as a general laborer and a postman, and Gladys Stewart, a weaver and textile worker.

His father was fatigued from fighting. In addition, he has two elder brothers, Geoffrey and Trevor.

His childhood was spent in Jarrow, where he grew up in a deprived family and was subjected to domestic abuse.

For his early schooling, he went to Crowley Church of England Junior and Infants School. Cecil Dormand, his English instructor, motivated him to go on with his life. He was likewise uninterested in his study and nearly failed his entire exam.

He struggled a lot as a child and eventually got into Midfield Secondary School, where he studied Drama. In there, he met Brian, whom he has remained friends with to this day.

He became increasingly interested in theatre and used to skip school so that he could participate in performances, as well as do boxing training.

Stewart has worked in the entertainment industry since 1966 and continues to do so.

From 19966 until 1982, he was a member of the Royal Shakespeare Company, where he worked alongside Ben Kingsley and Lan Richardson.

In 1967, he was featured on TV in the show Coronation Street. Stewart suddenly appeared as a cameo two years later. Patrick appeared in Peter Brooks’ A Midsummer Night’s Dream.

He portrayed various characters, including Vladimir Lenin in Fall of Eagles. He was also chosen to play Captain Jean Luc Picard in Star Trek.

some of the Awards that he has received are:

As of 2022, Patrick is a loved actor universally whose net worth is $70 million. However, he has not shared details about his salary and annual income.

Patrick has not been the subject of any rumors.

However, Stewart, along with Benedict Cumberbatch, led more than 280 personalities from the art world in supporting a vote to stay in the EU in the 2016 referendum on the topic.

Stewart said on March 2, 2017, that he will apply for US citizenship to fight the Trump government.

However, in an interview with the Press Association at the British Film Institute Luminous Fundraising Gala on 3 October 2017, he stated that he hoped the United States would pass tighter gun restrictions, but he made no mention of obtaining an American citizen to achieve that goal.

Stewart is 5 feet 10 inches tall and has maintained his healthy diet very well. He weighs 75kg.

However, he has not shared his body measurements like his hips, waists, and chest sizes to the media. He is a handsome person who has a white skin tone, grey eyes, and white hair.

He has a strong fan supporter who loves him and gives him positive remarks in every film and series he appears.