Patrick Stump is an American singer-songwriter and actor. He is also a multi-instrumentalist and record producer. He is married to Elisa Yao.

Patrick Stump is a married man for a long period of time. He is married to his longtime girlfriend, Elisa Yao. The couple dated each other for several years before getting married. After years of their love affair, the couple got married on 29 September 2012.

They together have a son named Declan Stump, born on October 13, 2014. The couple has been married for five years now and their relationship is still very strong. The couple currently resides in Chicago. 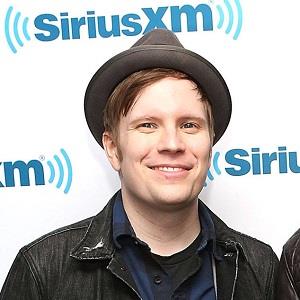 Everyday you gotta wake up &

When you have a bad day, a really bad day, try and treat the world better than it treated you.

Who is Patrick Stump?

Patrick Stump is an American singer-songwriter and actor. He is also a multi-instrumentalist and record producer. Stump is best known as the lead vocalist, rhythm guitarist, pianist, and composer for the rock band Fall Out Boy. He is professionally known as Patrick Vaughn Stump.

Patrick Stump was born on 27 April 1984, in Glenview, Illinois, USA. Stump is an American by nationality but his ethnicity is mixed(German, Welsh).

His birth name is Patrick Martin Stumph. He is the youngest of three children of David Stumph, a folk singer, and Patricia Stumph, an accountant. His older brother Kevin is an accomplished violinist.

He grew up in Glenview, Illinois. His parents divorced when he was eight years old. He was interested in music since his childhood age.

Patric graduated from Glenbrook South High School in the year 2002.

Stump began his career as a singer in 2001. He began his career with the rock band, Fall Out Boy. He originally auditioned as the drummer, but later he became the lead singer and later guitarist for the band.

The band’s first mini-LP, Fall Out Boy’s Evening Out with Your Girlfriend was released in March 2003. He began working on a self-written, performed, and produced solo album in 2010. He released his first solo album titled Soul Punk in October 2011.

As a producer, he has worked with The Hush Sound on Like Vines, Gym Class Heroes on As Cruel As School Children, and Cobra Starship on ¡Viva La Cobra!

Patrick made his acting debut in 2008, playing a guest star on the television crime drama, Law & Order. He also made a short film in 2009, titled Moustachette. He has also appeared n several TV shows and films and he has released several hit songs.

Robot Chicken, Star vs. the Forces of Evil, Teen Titans Go!,  and Gnome Alone are some of his recent movies.

Patrick has a height of 5 feet 4.5 inches and weighs around 73 kg. His eye color is blue-green and his hair color is light brown. He wears a shoe size of approximately 9.5(US).

Also know more about the early life, career, net worth, relationships, and controversies of other singer-songwriters and actors including Kiefer Sutherland, Joey McIntyre, Pepe Aguilar, and David Duchovny.