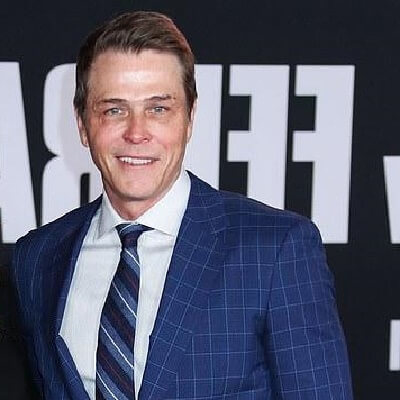 Patrick Whitesell is currently in a relationship. He is dating Pia Miller. She is an Australian model, actress and television presenter. He was previously married to Lauren Sanchez. She is an Emmy Award-winning American news anchor, actress, entertainment reporter, and entrepreneur.

On January 9, 2019, it had been revealed that she had been separated from Whitesell for some time and had been having an affair with the richest man in the world, Jeff Bezos. The news of the affair came out when a political supporter of Donald Trump threatened to publish pictures he had obtained of Sanchez and Jeff -who owned ‘The Washington Post’ that often criticized Trump and his policies unless Jeff ordered the Post to stop criticizing the controversial US President. Instead, Jeff went public with the blackmail attempt and his affair with the married Sanchez.

On April 5, 2019, Lauren filed for divorce from Patrick Whitesell nearly three months after her affair with Bezos was revealed and just a day after Jeff finalized his divorce from Mackenzie Bezos. The divorce was finalized in October 201

Who is Patrick Whitesell?

Patrick Whitesell is an American talent agent and the executive chairman of ‘Endeavor’. He is the ex-husband of Lauren Sanchez.

Patrick Whitesell was born on February 4, 1965, in Iowa Falls, Iowa, the United States of America. As of 2002, his age is 55. He was born to parents Patricia Whitesell (mother) and John Patrick “Jack” Whitesell (father).

He is one of his parents 6 children and has five brothers. His brothers are Thomas Whitesell, the late film and television actor Sean Whitesell, college basketball coach Jim Whitesell, writer Christopher Whitesell, and director John Whitesell.

Whitesell spent his childhood days in Iowa. His ethnicity is Caucasian.

Talking about her education, Whitesell went to Iowa Falls High School. Later, he went to Luther College in Iowa and graduated in the late 1980s.

From 1990 to 1992, Patrick Whitesell worked at InterTalent. From 1992 to 1995, he worked as an agent at United Talent Agency. After gaining valuable experience there, he joined Creative Artists Talent Agency as the head of the talent department. He worked there until 2001.

After his work at CAA, he took charge of another talent agency, ‘Endeavor Talent Agency’ which is based at Beverly Hills and served as the company’s executive officer. He, alongside the company’s co-founder Ari Emanuel came up with the brilliant plan of merging their agency with The William Morris Agency and formed William Morris Endeavor Entertainment LLC. In 2009, the company formed and quickly took over the global talent agency market.

Patrick and Ari have both been credited for ‘rewriting the Hollywood script’. Both of them have been named in the Fortune’s Businessperson of the Year list.

Furthermore, he is an associate member of the Academy of Motion Picture Arts & Sciences and an appointed member of the Governor’s California Film Commission.

How much is Patrick Whitesell’s Net Worth?

Patrick Whitesell has an estimated net worth of over $440 million. He makes a huge fortune from William Morris Endeavor Entertainment LLC which has clients like John Krasinski, Matt Damon, Jennifer Aniston, Christian Bale, Ben Affleck, etc.

Whitesell has blue eyes and brown hair. He stands at a height of around 5 feet 7 inches. There is no information about his weight.

You may also like to read the Bio, Career, Body Measurements, Net Worth, Social Media, Relationships, and more about Jeff Bezos, Lauren Sanchez, Mackenzie Bezos, etc.