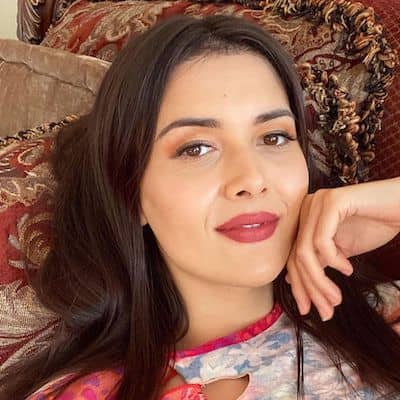 Patti Harrison’s relationship status at present is possibly single. The details of her current or past girlfriend/affair are not revealed.

She is a trans woman and she revealed this transition when she was finishing her college studies. Her parents supported her after coming out of the closet.

Who is Patti Harrison?

Patti Harrison is an American actress, comedian, and writer. The public noticed her for appearing in A Simple Favour (2018), Big Mouth (2017), and Together Together (2021).

She was born on 31 Oct 1990 in Orient, Ohio, United States but some sources said she was born in 1991. The name of her mother and her father is behind the curtain.

But her mom was from Vietnam and her army dad was from America who passed away in 1996 due to a heart attack.

Patti’s ancestry is Vietnamese-Caucasian and has six older brothers & sisters. Talking about her academics, she attended Ohio University and used to do comedy acts there.

Her TV roles in Shrill as Ruthie and The Special Without Brett Davis as Patti are much appreciated by the viewers. Her other TV credits are,

Her voice role of Tail Chief in Raya and the Last Dragon (2021) gave her the title of the first transgender actor in a Disney animated film. Also her character in Anna in 2021’s comedy movie Together Together is much appreciated.

This Together Together actress is keeping herself away from rumors and is also not surrounded by any desperate scandals.

Regarding Patti Harrison’s body features, her height and her body weight are of average size. Moreover, her eyes are dark brown, her long hair is dark brown, and has a fair skin complexion.

Patti is available on social sites but not on Facebook and Twitter. She is also on Instagram with more than 103k followers. She posts her artworks on this platform.