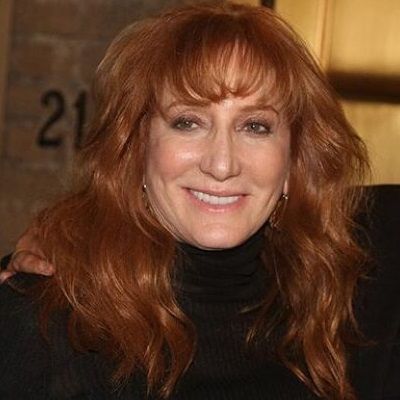 Patti Scialfa is married to Bruce Springsteen. He is also a singer and songwriter.

The wedding took place on the 8th of June 1991 at Los Angeles in a private ceremony attended her friends and family.

Currently, Patti resides in Rumson, New Jersey along with her family.

Previously, she was in a relationship with the actor, Tom Cruise in the mid-’80s. However, the relationship ended in a very short time interval.

Who is Patti Scialfa?

American Patti Scialfa is a singer and songwriter. She is renowned as the Rock and Roll Hall of Fame inducted E Street Band member.

Patti Scialfa was born on the 29th of July 1953 in Deal, New Jersey. Her birth name is Vivienne Patricia Scialfa.

Her father, Joseph Scialfa a native Sicilian is a real estate developer is of Italian ethnicity whereas her mother, Patricia Scialfa-Morris is of Irish descendant. Originally, her mother is from Belfast, Northern Ireland.

She has two brothers, Michael and Sean Scialfa. Micheal is a musician and Sean is a pilot by profession. Also, she has two half-brothers, Joey and Jesse Scialfa from his father’s side.

In 1971, she graduated from Asbury Park High School. After that, she joined Frost School of Music and got transferred to New York University.

From the University, she earned a bachelor’s degree in Music.

Patti Scialfa started writing songs after completing her High School education. At the same time, she also worked as a back-up singer for the local bars of New Jersey. Moving to college, she started submitting her works, however, none of them were recorded.

After graduating, she also used to perform in the street forming group with Soozie Tyrell and Lisa Lowell. She first came in the limelight when she joined the rock band, E Street Band, and performed in the concert tour, Born in the U.S.A Tour which eventually turned her into a star.

Moving forward, she started working with the band, Rolling Stones and singer, Keith Richards. In 1993, she launched her debut album, Rumble Doll with 12 tracks under the recording label, Columbia.

Later, she released albums, 2004- 23rd St. Lullaby and 2007- Play It as It Lays. Also, she is famous for her Tour that includes Wrecking Ball World Tour, High Hopes Tour, and The River Tour.

Through her music career, she has made an estimated net worth of $50 million. Her earnings as a singer are in the range of $21k to $201k. Besides that, she makes through her songwriting career too.

Also, a significant portion of her net worth is attributed to her musical concert tours too. Some of the box office collection of her tours along with her band are-

Talking about the net worth of her husband, Bruce Springsteen has an estimated net worth of $500 million. Also, his salary per year is in the range of $80 million.

As of bowl, she has not been through any kind of controversy that created a buzz in the media. Also, she has remained far any rumors related to her.

However, at the beginning of her relationship, she has faced a few criticisms by media due to hasty relationship with Bruce Springsteen.

Patti Scialfa has blue eyes with blonde hair. Her height is 5 feet 9 inches and has a decent weight.