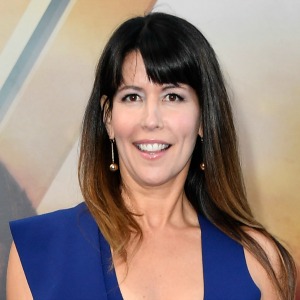 Those guys are great at the tension of the unknown. You don't know where the story is going, and you're not made to feel comfortable or safe

I really understand visuals in a way that I didn't before, which is by no means to say I'm a master at all. It's only to say that by getting to try out a bunch of different styles, and different lenses, my understanding has become more fluid.

One of my favorite things about this movie is that being a brave and thoughtful hero is a lesson that is wonderful to hand down. It's not about fame and luck, it's hard to do the right thing, and you might be alone in doing it.

Who is Patty Jenkins Husband?

Patty Jenkins is a married woman for a long time. She is married to the famous author and martial artist, Sam Sheridan. Patty and Sam got married on 1 September 2007.

The couple together has a son. The name of their son is undisclosed. The couple has been married for almost a decade now and their relationship is going very well.

There are no other records of her other relationships.

Who is Patty Jenkins?

Patty was born on 24 July 1971, in George Air Force Base, Victorville, California, USA. Her birth name is Patricia Lea Jenkins.

She is the daughter of William T. Jenkins, an Air Force captain and fighter pilot who earned a Silver Star in the Vietnam War. Her mother Emily Roth is an environmental scientist. She has two sisters named Elaine Roth and Jessica Jenkins Murphy.

Jenkins lived in 15 different countries before she was six years old. She attended AFI Conservatory School. After that, she graduated from The Cooper Union for the Advancement of Science and Art in 1993.

Her nationality is American and she is of Caucasian ethnicity.

Patty Jenkins began her career as a director in the 1990s. During her early career days, she directed short films and videos. She rose to fame when she wrote and directed the 2003 crime drama film Monster about serial killer Aileen Wuornos.

In 2011 she directed one segment in the made-for-television anthology film, Five. In 2015, Jenkins signed on as director for the DC Extended Universe film, Wonder Woman.

The film Wonder Woman premiered in 2017 and gave Jenkins the biggest domestic opening of all time for a woman director.

In 2011, Jenkins received an Emmy nomination for Outstanding Directing for a Drama Series for the pilot of The Killing. However, she didn’t win the award.

In 2012, she won the DGA Award for Outstanding Directorial Achievement in a Dramatic Series for the pilot of The Killing. Jenkins appeared in the sequel to the film Wonder Woman.

Jenkins has a net worth of $10 million dollars as of 2022 while her annual salary data is not disclosed yet.

There were rumors that an anonymous letter has been received which states that the Wonder Woman film is  a “discombobulated mess.”

Patty Jenkins denied this and said that it has been the opposite experience.

Her eyes and hairs are dark brown in color.

Wonder Woman- One of the Biggest hits! Find out what’s special about this movie!!

Wonder Woman Soon to be in Cinema with the loads of Positive Critics! Also described as the fresh, hopeful superhero movie we need!!