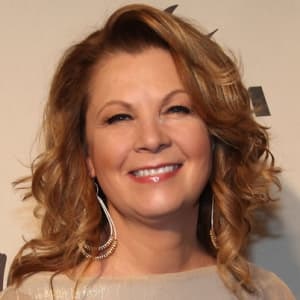 Good-byes are hard, but life is about changes.: It's hard for me to sit still. Now if you'll sit me in front of a great old movie, I'll sit still, because I love that, too.

George Jones is the country soul. Once this kind of music sits in you and you take it all, it reaches down into your soul. George Jones to me was one of the most soulful singers of any genre. That drew me to his music. He knew how to present a song without really thinking about it.

I was blessed to be able to expose my music to people who normally don’t listen to country music. They loved the more organic, roots-y thing, but they don’t listen to mainstream country. I met quite a few people who told me that. They kept wanting me to try and recapture that sound. They’d say, ‘When are you going to do another record like this? We love this album.’ I guess they kind of talked me into it.

What is the relationship of Patty Loveless?

Patty Loveless is married to Emory Gordy Jr. on 6 February 1989 in Gatlinburg, Tenn. The couple married by eloping.

Moreover, they had kept their marriage secret for a year and a half. In 2001, the married couple moved to the Georgia countryside.

The couple met for the first time in MCA Records in an elevator. However, it was not love at first sight.

Soon the couple started dating but had kept their affair low-key. Then in 1987, Emory proposed to her.

Previously, she was married to Terry Lovelace in 1976, but their relationship could not last long they end up in divorce in 1985.

Who is Patty Loveless?

Patty Loveless is an American country music singer. She is popular for her blend of musical styles, and songs like “How Can I Help You Say Goodbye?”

A singer was born on January 4, 1957, in Pikeville, Kentucky, the USA as Patty Lee Ramey.

Her father John Ramey was a Kentucky coal miner and her mother’s name is Naomie. As of 2022, she is 66 years old.

Patty has six siblings, one of her brothers’ names is Roger. The Ramey family moved to Louisville, Kentucky in 1969.

Patty was interested in music when she was a young child. Also, when she was in her teens, she got an opportunity to meet the late country singer, Porter Wagoner.

In 1975, Patty graduated from Fairdale High School. Moreover, detailed information about her education is currently unavailable.

She fell in love with the group’s new drummer, Terry Lovelace.  she started singing and playing music in all kinds of nightclubs and bars.

Patty and her husband Terry played in a circuit of small bars and concert halls in North Carolina. She used to sing covers of late 70s rock songs, along with Linda Ronstadt and Bonnie Raitt tunes.

In North Carolina, as the police started busting the clubs she would perform in and shut them down, the year was not successful for her.

she was singing in a club and was singing country music for a change from the rock she would normally perform by 1984. On December 7, 1985, MCA released her first single, “Lonely Days, Lonely Nights“, charting on the Billboard Hot Country Songs chart for 8 weeks, reaching No. 46 on January 25, 1986.

Loveless re-entered her professional life by performing at the Grand Ole Opry on her 36th birthday, January 4, 1993. Besides, Loveless and Gordy re-recorded all the material they had worked on the previous autumn returning to work in the studio.

Furthermore, she released Dreamin’ My Dreams in 2005. Its critical reception was good, it did not fare well commercially.

She has been nominated for Grammy awards twelve times and she has won it two times.

Patty Loveless: Salary and Net worth

She earns a huge amount of money from her work but has not disclosed it to the media or the public.

As of 2022, her estimated net worth is about $14 Million which she earns from her profession.

She resides with her husband on 170 acres in the Georgia countryside.

To date, she has not been a part of any controversy and rumor. She is maintaining her personal life properly.

Patty Loveless is beautiful with blonde hair and light brown eyes. Besides that, she is 5 feet 6 inches tall with 65kg.

Her shoe size and dress size are unknown. However, her body measurements are 35-25-37  inches.