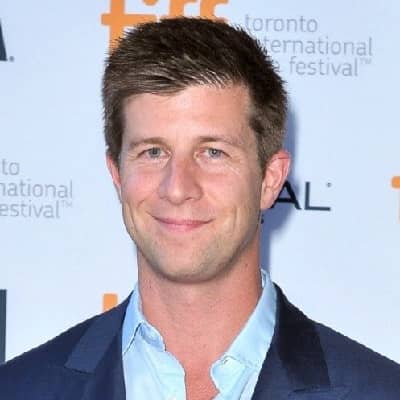 Paul Bernon is in a relationship with an American television personality Bethenny Frankel. Their relationship has various ups and downs.

They were spotted together by TMZ in the year 2018. And then there was news about their relationship. Yet the couple announced their separation and parted their ways.

Just a couple of days before they were spotted together and were also photographed holding hands in Miami. And so the couple reunitLikewise, Bethenny was previously married to pharmaceutical sales executive Jason Hoppy. And they have a daughter Bryn born later in 2010.

Paul was previously married to a woman named Ashley Bernon. The couple were in a relationship for a long period and then get married. But the information about their marriage is not revealed. The duo shares two children together, a son, Tucker Bernon, and a daughter, Skylar Bernon.

Tucker has appeared in his father’s 2015 film Results. Likewise, Skylar also has an appearance in  The Intervention. But the couple gets divorced in 2017.

Who is Paul Bernon?

Bernon is also the founder of Burn Later Productions.

Paul Bernon was born on November 24, 1977, in Massachusetts, USA. He is of Caucasian ascent.

His father’s and mother’s name is not known. It is also not known if Paul has any siblings or not.

After completing high school, he started studying at Boston University in 1998. He obtained his B.S. degree in film and television in 2000. Consequently, he went to study at New York University and pursue an M.S. degree in real estate in 2002.

While he was attending Boston University, he worked at WTBU, a part-15 radio station ran by the students of the university.

Paul opened his ‘Burn Later Productions’ with Sam Slater in May 2012. He began his producing career with the 2010 short film 12 Floors Up. Two years later, he produced An Oversimplification of Her Beauty and the short film Teacher of the Year.

The produces get popular after producing the romance drama ‘Drinking Buddies’ in 2013. And likely he won the Peabody Award for the documentary, Best Kept Secret in 2013. Since then, he has worked for 18 features and documentaries. His some credits include: ‘The Intervention’ (Paramount), ‘Results; (Magnolia), ‘Adult Beginners’, (Radius, Universal), ‘Lemon’ (Magnolia), and ‘Small Crimes’ (Netflix).

Bernon has also extended his career in the political field. He is an active volunteer in Democratic politics. Followingly, Paul is also one of the board members and co-founder of the Creative Council at EMILY’s List.

Talking more, he is a member of the National Finance Committee at the Democratic National Committee. He was also the former finance chair for the campaigns of Massachusetts Governor Deval Patrick, Attorney General Martha Coakley, and the Massachusetts Democratic Party.

The producer has not been in any sort of rumors and controversies up to now.

Likely, he was also part of the board of directors of MassHousing between 2011 and 2013. It is an independent public authority that provides financial support to affordable rental housing.

Although he has his own companies and must have good earning from it too.

Paul stands tall at a height of 6 feet and 2 inches. Likely his body mass is 75 kg.

Talking about his facial appearances, he has brown colored hair with blue eyes.

You may also read the bio of DJ Ghost, Rebecca Staab, CallMeCarson, and Gianni DeCenzo.