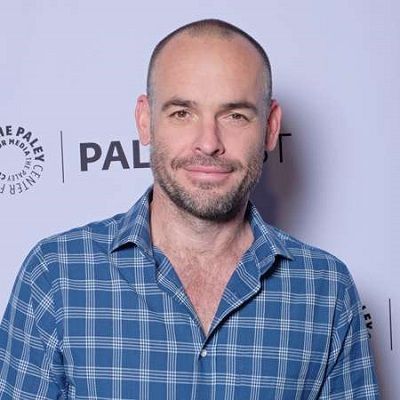 We judge people by their appearance so quickly, and we form opinions about people, compartmentalize people, and think we know who they are. But if you sit down and talk with someone for more than 10 minutes, you'll find something in common, no doubt whatsoever

I just love going out and listening to people. People can teach us a lot.

Paul Blackthorne is engaged with a mystery girl. He has posted an Instagram post on June 11, 2017, captioning her fiance. Their affair’s info is not disclosed. But it is assumed that they are together since early 2017.

Previously Paul was in a relationship with Kaley Cuoco. She is an American actress. Similarly, they have been working for the welfare of animals like elephants and selling T-shirts Poach Eggs. But this affair ended in 2016.

He was also linked with American actress Daryl Hannah in the year 2010.

Who is Paul Blackthorne?

Paul Blackthorne is an English actor who is known for the role of  Captain Andrew Russell in the Oscar-nominated Bollywood film Lagaan. Similarly, his breakthrough commercial in the UK came in the Grim Reaper commercial for Virgin Atlantic, which was hugely successful.

He was born on 5th March 1969 in Wellington, Shropshire, England. His current age is 50. Similarly, he was raised by his parents in his birthplace Wellington along with his family.

Likewise, his nationality is British and ethnicity is Caucasian.

Talking about his education, he has not revealed anything as of yet.

He broke into acting via television commercials in England. As his breakthrough commercial in the UK came in the Grim Reaper commercial for Virgin Atlantic, which was hugely successful. Numerous radio commercials followed.

Similarly, Paul Blackthorne’s first film role was in the highly successful 2001 Bollywood film Lagaan. After that, he has mostly appeared in American films and television shows. He had recurring roles in the American series ER and 24 both in the year 2004.

Moreover, he starred as Clark Quietly in the paranormal/adventure/horror TV series The River which is about a group of people who are on a mission to find a missing TV explorer in the Amazon.

Paul Blackthorne is also a very good photographer. His exhibition titled Delhi to Manhattan featured at Tibet House in New York from April to June 2009 and benefitted the Tibetan children of Dharamsala.

In 2001, after the filming of Lagaan finished in India, there was an earthquake which caused a lot of damage including the apartment building in which the cast of Lagaan was staying. To help the victims, he exhibited his photography in a special show in London, England.

Kaley Cuoco and him werer working for the welfare of animals like elephants and selling T-shirts Poach Eggs.

In the year 2002, he was nominated for Awards of the International Indian Film Academy for Performance in a Negative Role in Lagaan: Once Upon a Time in India. Similarly, he won Behind the Voice Actors Awards for Best Vocal Ensemble in a TV Special/Direct-to-DVD Title or Short in Justice League: Doom.

The estimated net worth of Paul Blackthorne is around $3 million. He might earn a huge amount of money from his career. But, he has not disclosed his exact net worth and salary.

Talking about Paul Blackthorne’s body measurements, he has a height of 6 feet and 3 inches and his weight is around 91 Kg. Furthermore, his hair and eyes are both dark brown in color.

Is Paul active on social media?