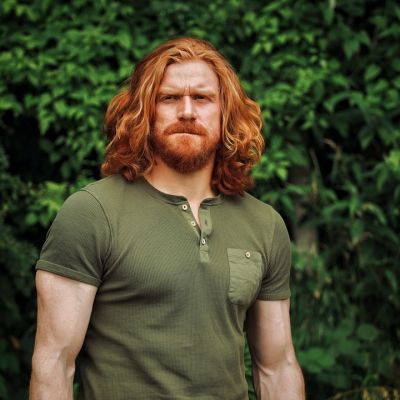 Paul Bullion is possibly single. He hasn’t yet introduced anyone as his girlfriend or lover. He is quite secretive when to comes to his romantic life.

Who is Paul Bullion?

Paul Bullion is an English actor and theater artist. He is popular for his role as “Billy Kitchen” on the series Peaky Blinders and “Sardaukar Solider” in Dune.

He is set to appear in Netflix’s second season of “The Witcher” as Lambert which is released on December 17, 2021.

Paul hasn’t yet disclosed anything about his parents and other family members. He is trained in Musical Theatre at Arts Educational School where he was awarded the BBC Bursary and subsequently a Dance and Drama Award scholarship.

Paul holds British citizenship whereas his ethnicity is unknown.

In 2012, Paul began his acting career through the short film A Breath in the Wind. He then made his career big break after appearing in a recurring role as Billy Kitchen on the series Peaky Blinders aired on BBC. Bullion worked in several live theatre productions for The National Theatre and Shakespeare’s Globe.

He portrayed the role of Duncan in the 2018 short, Oscar’s Bell. In February 2020, it was announced that he would be joining season two of “The Witcher” as Witcher Lambert alongside Henry Cavill, Anya Chalotra, and Yasen Atour.

Recently, he featured in the fiction film, Dune where he portrayed the role of Sardaukar Solider.

In 2018, Paul won the Best Actor award at the British Horror Film Festival for his role in Oscar’s Bell.

As per other online sources, Paul has an estimated net worth of around $400 thousand. His salary and other earning are still under review.

Paul has managed to maintain a clean profile to date. He hasn’t been part of any sorts of rumors and controversy that create headlines in the media.

The actor has an athletic body physique with a towering height. He stands at the height of 6 feet 3 inches tall. Likewise, he has a brown pair of eyes and as well brown long hair.