Paul Higgins is a married man. He gets married to actress Amelia Bullmore.

The beautiful couple met in 1992 on the set of A View from the Bridge in Manchester. The following year, they tied the wedding knot in a lavish ceremony.

They were blessed with two children named Mary and Flora. 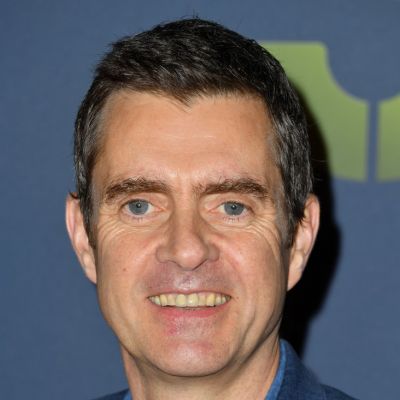 Who is Paul Higgins?

Paul Higgins is a renowned Scottish actor and writer. He is best known for his role “Jamie McDonald” in The Thick of It and “ACC Derek Hilton” in Line of Duty.

He hasn’t disclosed his parent and sibling identity in the media. His academic background is under the curtains.

He holds a British nationality whereas he belongs to Roman Catholic but now he considers himself a lapsed Catholic. He trained to be a priest until the age of 17 and left when he began dating.

Paul made his first television appearance in an episode of The Play on One where he portrayed the role of Murdo Caldwell in 1988. In 2000, he starred in Complicity, an adaptation of the 1993 novel of the same name. He also appeared onstage production in Paul and Black Watch.

Higgins was cast in the role of Jamie McDonald, an aggressive press officer, in the BBC show The Thick of It.

He later features in its spin-off feature-length film, In the Loop. He guest-starred in several tv series like The Thick of It, Silent Witness, Vera, Decline and Fail.

From 2013 to 2014, he was cast in the role of Michael Dugdale in the drama series, Utopia. Similarly, he portrayed the role of ACC Derek Hilton in the television series, Line of Duty.

Moreover, his other films include Victoria & Abdul (2017) and Apostle (2018). In his most recent movie, Beep he portrayed the role of Father Sydney.

The actor has never been part of any sorts of rumors and controversial matters that create headlines in the media.

Paul hasn’t shared anything regarding his net worth, salary, and other earnings in the media.

However, he might have earned an impressive amount of wealth through his profession.

The actor stands at a height of 5 feet 11 inches tall. Likely, he has a blue pair of eyes and he has salt and pepper hair color.