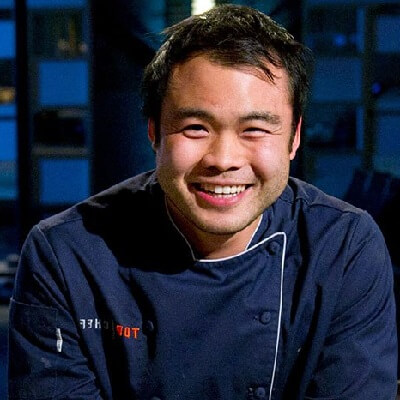 Previously, he was engaged to Deana Saukam. The couple were in a relationship for a long time and used to travel a lot. Saukam was also helping him with his business. However, they broke up. After that, Paul was in a relationship for another woman for over a year but the assault incident took place. Since then, he has not been involved with anyone.

Who is Paul Qui?

Paul Qui is an American chef and the winner of Top Chef season 9. He is the owner of three restaurants, East Side King (Austin), Thai Kuhn (Austin) and Pao (Miami) and a recipient of the James Beard Award.

Paul Qui was born in Manila, Philippines, on August 14, 1980. As of 2020, his age is 40. He was born to Filipino parents. However, he has not revealed their identities. Also, there is no information about his siblings and other family members.

At age 10, he moved to Springfield, Virginia. However, he does remember his days back in Manila and the smell of the fresh-baked bread from his family’s groceries.

Talking about his education, he attended high school in Springfield, Virginia. Following that, he received his culinary training at Le Cordon Bleu in Austin, Texas.

Paul started cooking professionally with Tyson Cole, the chef/owner of Uchi and Uchiko restaurants. Qui worked his way up and became the chef de cuisine and executive chef at Uchiko.

In 2011, he appeared on Top Chef Season 9. During his time at the competition, he won eight of the 16 elimination challenges on course to winning the season and earning the title of Top Chef. Tom Colicchio, who is the head judge of Top Chef even claimed that Paul Qui was the most talented chef they ever had on the show.

After his win, he opened his restaurant, Qui, and a venture titled East Side King. East Side King showcases various Japanese-inspired dishes with food trucks. He also opened another restaurant, Thai Kun which named one of the best restaurants in America in 2014 by Bon Appétit magazine.

In 2016, he opened ‘Pao‘ at Faena Hotel in Miami Beach, Florida. In 2018, his Houston restaurant ‘Aqui’ even received a four-star review from the Houston Chronicle. However, it was closed at the end of the year with controversy.

In 2016, he was charged for assault against his then-girlfriend while being intoxicated. He faced charges of assault and unlawful restraint. The night before the arrest, according to the woman, Qui was with his friends consuming cocaine, marijuana, Xanax, and alcohol. However, he threw his friends away accusing them of enticing her in having group sex.

After that, he became enraged and started breaking things and when the woman tried to escape with her son, he assaulted her. However, Paul denied the assault charges.

In March 2019, he announced the opening of East Side King in Denver, Colo. However, within just days after the announcement, Avanti owners opted to cut ties with him amid his controversy over the 2016 assault arrest.

Paul Qui has an estimated net worth in the region of around $100k-$1 million. However, there is no information about his salary. He pocketed $125,000 prize as the winner of Top Chef. An average restaurant owner in America earns around $60k a year. He owns five restaurants.

There is no information about his height and weight. Also, he has not revealed his shoe size, etc.

You may also like to read the Bio, Career, Body Measurements, Net Worth, Social Media, Relationships, and more about Noah Galuten, Sandra Lee, Chris Santos, etc.

Dive into the investigative mind of Paula Zahn, the host of ‘On the Case with Paula Zahn’? And want to know about her investigation on Kellie Baliey’s Murder case? All it requires is just a click!!