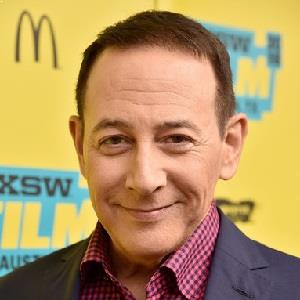 The moment that I realized my name was going to be said in the same sentence as children and sex, that's really intense. That's something I knew from that very moment, whatever happens past that point, something's out there in the air that is really bad.

Look at me, I'm getting defensive about something that happened so many years ago, somebody said. I'll have to find out who that was and if he's still alive.

I was Pee-wee Herman for so many years that it wasn't really a question that I didn't want to do other things.

I probably have become more infamous from two misdemeanors than probably anyone I could think of.

But I don't know. Pee-wee just kind of popped out one day, pretty much fully fleshed-out and fully formed.

Paul Reubens was previously married to Charlene Heffner during 1990. Additionally, after the pair’s separation, he began dating the New York-born actress Debi Mazar in 1993.

At present, Reubens is believed to be single.

Who is Paul Reubens?

Additionally, he has made cameos and guest appearances in numerous shows like ‘Reno 911!’, ‘Dirt’, and ‘The Blacklist’ among others.

Reubens was born in Peekskill, New York on August 27, 1952, to parents Judy (Rosen) and Milton Rubenfeld. Throughout most of his childhood years, he grew up in Sarasota, Florida, and Oneonta, New York.

His father was an automobile salesperson and his mother was a teacher. Additionally, he has two younger siblings, Luke and Abby.  He is of American nationality. Furthermore, he belongs to the Ashkenazi Jewish ethnic background.

In addition, he was also enrolled at the California Institute of the Arts.

Paul Reubens initially performed at local comedy clubs. In 1978, he appeared as Paul Oberon in the TV movie ‘Things We Did Last Summer’. The next year, he portrayed the role of Heimlich in the TV series ‘Working Stiffs’.

Additionally, in 1980, he also appeared in ‘Midnight Madness’, ‘The Blues Brothers’, ‘Cheech and Chong’s Next Movie’, ‘The Flintstone Comedy Show’, and ‘Pray TV’. Since then, he has appeared in numerous other movies and television series. All in all, he has over 100 credits as an actor.

Reubens has garnered three Primetime Emmy Award nominations. Additionally, he has won the Behind the Voice Actors Award, Daytime Emmy Award, and NAVGTR Award to date. All in all, he has 6 wins and 23 nominations to his name.

Reubens has not revealed his current salary. However, he has an estimated net worth of around $6 million at present.

Additionally, previously, he was also arrested for loitering and prowling near an adult theater in 1971. Furthermore, Rubens was also arrested in child pornography charges. However, the charges were later dropped in March 2004. At present, there are no rumors concerning his life and career.

Talking about his body measurement, Paul Reubens has a height of 5 feet 11 inches (1.8 m). Additionally, he weighs around 74 kg. Furthermore, his hair color and eye color is brown.