Paul Rodriguez is a Mexican-American stand-up comedian and actor. He is married to Laura Martinez and is the father of two children.

Paul Rodriguez is a married man. He is married to Laura Martinez. The pair has two children together. His son Rodriguez Jr. is a professional skateboarder.

His other son is named Lucas Rodriguez. The pair’s marriage is going strong as there is no news regarding any extramarital affairs at present. 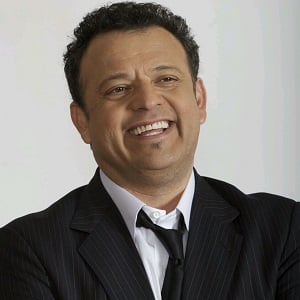 Latinos are black, white, brown, beige. What does that say about our ancestors? We'll sleep with anybody!

It is my belief that Latinos in show business have to be self sufficient and creative while aggressively attempting to penetrate post-mogul Hollywood. Self- starting is becoming the path to serious studio support.

Hunting is not a sport. In a sport, both sides should know they're in the game.

Who is Paul Rodriguez?

Paul Rodriguez is a Mexican-American stand-up comedian and actor. He has appeared in several movies and television series to date including ‘Ruta Madre’, ‘Americano’, ‘Fixing Paco’, and ‘Componiendo a Paco’ among others.

Rodriguez was born as Paul Rodriguez, Sr. in Sinaloa, Mexico on January 19, 1955. He is the son of Pablo Gutierrez Rodriguez. Additionally, his parents were Mexican agriculture ranchers.

After his family migrated to Compton, California, Paul was enlisted in the United States Air Force. Rodriguez is of American and Mexican nationality. Furthermore, he belongs to a Mexican ethnic background.

Talking about his education, Rodriguez attended the college on the GI bill.

Paul Rodriguez initially appeared as Jerry in the TV series ‘Gloria’ in 1983. In addition, in the same year, he had roles in ‘D.C. Cab’ and ‘Best of the Big Laff Off.’ He had the role of Hector Rodriguez in ‘Quicksilver.’

In 1986, he appeared in ‘Miracles’, ‘The Whoopee Boys’, ‘Tall Tales & Legends’, and ‘The Golden Girls.’ Since then, he has appeared in several other movies and television series. At present, he has more than 75 credits as an actor.

Some other movies and television series that Rodriguez has appeared in are ‘Chateau Vato’, ‘Armed’, ‘Pray for Rain’, ‘Sandy Wexler’, ‘Americano’, ‘Matador’, ‘Fixing Paco’, ‘The Deported’, ‘A Million to Juan’, ‘Made in America’, ‘Great Performances’, ‘Grand Slam’, ‘Grand Slam’, ‘Trial and Error’, ‘Born in East L.A.’, ‘Not Necessarily the News’, ‘Hardesty House’, ‘The Golden Girls ‘, and ‘The Whoopee Boys’ among others.

Apart from his work in movies and television, Paul is also a part-owner of the Laugh Factory comedy venue in Hollywood. Furthermore, he is also known for his charity works.

Rodriguez has not revealed his current salary. In addition, he has an estimated net worth of $6 million as of 2022.

Some of Rodriguez’s political comments have landed him in the middle of controversies over the years. At present, there are no rumors concerning his life and career.

Talking about his body measurement, there is no information available about Paul Rodriguez’s height and weight. His hair color is black and his eye color is brown.