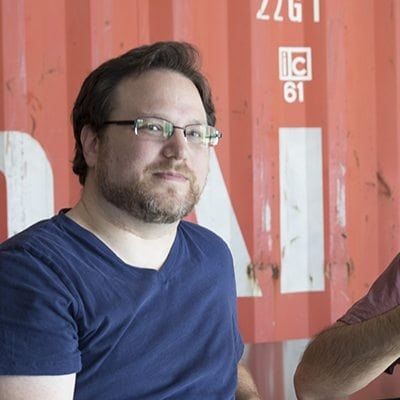 Paul Sabourin is possibly single. He has not revealed his love life or romantic relationships.

Perhaps, he is waiting for the love of his life.

Who is Paul Sabourin?

Paul Sabourin is the co-owner of musical duo Paul and Storm. He is known for his humorous song about greek culture. Sabourin released his EP titled Shame and Cookie Dough.

He was a member of the singing group Da Vinci’s Notebook in the past.

Paul Sabourin was born in the United States. He is of French ancestry.

There is no information regarding his family membersper.

Paul was part of the comedic a cappella singing group Da Vinci’s Notebook. It was at the John F. Kennedy Center for the Performing Arts and they performed specials on Comedy Central and PBS.

It was formed in 1993 with other members Bernie Muller-Thym, Greg “Storm” Dicostanzo, and Richard Hsu. They made their debut at the 1994 Mid-Atlantic Harmony Sweepstakes. In the year 2004, Paul and Storm left the group.

Paul and his group friend Storm firmed the band in 2012. Paul played the keyboard and penny whistle and Storm on the guitar. They released an official debut album which was a demo EP song Shame and Cookie Dough.

Similarly, they have toured all around the USA, Canada, and the United Kingdom, and opened for Jonathan Coulton’s act a PAX in Seattle. In the year 2010, they acted in the online MMO, AQWorlds as the musical guests.

They work under the recording label Bulletproof Artist Management.

Paul is the writer of 2013 LearningTown, 2014 The Paul and Storm Nondenominational Perennial Holiday Special and 2017-2018 Mystery Science Theatre 3000: The Return.

He is also the writer of the soundtrack Another Irish Drinking Soda of Despicable Me 2. Similarly, he has acted in LearningTown.

Paul has kept his life private and has not been part of a huge rumor and controversy.

Sabourin has brown hair and black eyes. His height and weight are decent.

Paul is not active on social media but there is a Twitter account in the name ‘Paul and Storm’. This page has 44.2k followers. There are other fan pages made in the same name.