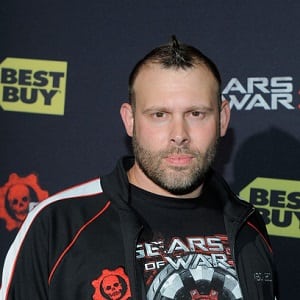 I bought a new sign -- Coca Cola Sprite Boy -- for the showroom that I'm excited about. I'm going to build a stand for it and also see if I can animate it, since the arm is articulated.

How long Paul Teutul Jr. has been married?

Paul Teutul Jr. is a married man. He is married to Rachael Biester. His wife Rachael is a model and a businesswoman. The pair later married on 20 August 2010, in Bonet Island Estate, New Jersey.

The couple met for the first time on his show, American Chopper. Later, they started dating and they appeared in a couple of other shows including TLC’s Say Yes To The Dress.

They have a son from this marriage, Hudson Seven Teutul who was born on February 3, 2015.

Paul’s marriage is going strong as there is no news regarding any extramarital affairs at present.

Who is Paul Teutul Jr.?

He is one of the stars of the television series ‘American Chopper’. Currently, he is the owner of Paul Jr. Designs.

Paul was born Paul Michael Teutul Jr. in the United States on October 2, 1974.

He was born to parents Paul Teutul Sr. and Paula Teutul. Additionally, he has two younger brothers: Daniel and Michael. The youngest of his siblings is sister Cristin.

She currently works as a nurse in Rochester. He is of American nationality. Furthermore, there are no details available about his ethnicity at present.

Talking about his education, there is no information relating to Paul’s educational background at present.

Paul Teutul Jr. was initially involved with a Board Of Co-operative Educational Services during his time in high school.

After he graduated from high school, he joined Orange County Ironworks full-time. Later, he became head of its railing shop.

Paul has also appeared in several movies and television series. He played Mike in the movie ‘Wild Hogs’.

In 2008, he appeared as Paulie Jr. in ‘My Name Is Earl. Additionally, he has also appeared in ‘American Chopper: Senior vs. Junior’ and ‘Teenage Mutant Ninja Turtles: Out of the Shadows.

Paul’s employment with his father’s business was terminated on April 9, 2009. Later, he decided to voluntarily terminate his employment on April 30, 2009.

Paul has not revealed his current salary. He has an estimated net worth of around $2 million at present according to the sources.

Paul became part of a controversy after he and his brother Daniel are named in a 2007 lawsuit. The lawsuit was settled on August 29, 2011.

Additionally, his falling out with his father’s company also made news for several months. At present, there are no rumors concerning his life and career.

Paul and his father had a family business that dealt with separate custom motorcycles and blowout fights business.

However, after a brawl, Paul was fired from the company by his father in 2008.

The father-son duo was not on talking terms, however, after a decade of the fight, they have finally revived their relationship and are now cool with each other.

Talking about his body measurement, Paul Teutul Jr. has a height of 5 feet 9¾ inches and an average weight.

Additionally, his hair color and eye color are dark brown.

Paul is active on social media.

Similarly, his Facebook page has more than 1.2M followers.