Paul Teutul Sr. is well-known for the manufacturing of custom motorcycles.

Paul Teutul Sr. married two times in his entire life but unfortunately, his both marriage couldn’t last long and got divorced. His first marriage held in 1969 with Paula Teutul but due to some differences and divorce in 1995.

Then he met Beth Dillon and married her in the year 2007 they separated in 2012. But officially they announced they are divorced in 2015.

His son Daniel is the owner and also worked as a general manager in “Orange Country Ironwork.” His daughter Christin is a nurse by profession.

Paul Teutul Jr. fired in April 2009 because of vocal disagreement with his father Paul Teutul Sr. on the platform of “American Chopper.” 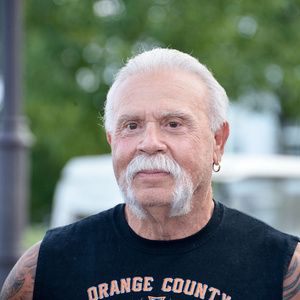 Who is Paul Teutul Sr.?

In 2013 his new show Orange County Choppers premiered on CMT.

His zodiac sign is Taurus. He holds the nationality of American and ethnicity is mixed (German, Austrian, Italian).

Paul’s information about his education history is not known.

Paul Teutul Sr. started his career by owning Orange County Ironworks, a fabrication shop now solely owned and managed by son Daniel. He starts to build custom bikes when he saw others doing that.

He was pleased and inspired by the many other custom bikes appearing on the streets and in films. But in 1999 he left that and founded Orange County Choppers. He hired his son Paul Jr. as builder bikes for sale.

Paul has also released a book with his son Paul Jr in 2006 “Orange country choppers”. Then  Paul releases his book in 2009 named “The Ride Of a Lifetime.”

His work is appreciated by everyone and he is also awarded ASTRA Awards for Favourite International Personality or Actor.

As of 2022, Paul’s net worth is estimated to be $500k which he collected from his profession of Motorcycle designer & builder. He also owns his own shop, Orange County Ironworks.

Some controversies are there about Paul that he has an accident, or he had cancer or near to death. But these all are only rumors. He is fine in real.

Paul Teutul Sr.’s height is round about 6 feet 1 inch and weighs 98 kg. He is a bodybuilder and physically fit. His hair color is grey and his eye color is brown.