Paul Wahlberg is a chef, restaurateur, television personality. Paul is married to his girlfriend and has two children. 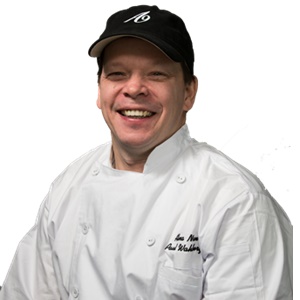 And his relationship with his viewers is growing by the day. Here is the latest tweet from Paul Wahlberg Fans @ Teampaulwahlberg:

I just love Paul Wahlberg!! He is amazing!! I am a BH and I love Wahlburgers!

Who is Paul Wahlberg?

Paul Wahlberg is one of the popular American chefs. He is the owner of ‘Walhburgers’, a restaurant and bar which also features an American reality Television series with the same name.

Besides, he has also acted in movies like ‘Max Payne’ and ‘The Happening’ as a chef.

Paul Wahlberg was born on 20th March 1964 in Massachusetts, the United States. He was born to father Donald Edward and mother Alma Wahlberg both of Caucasian ethnicity.

His father Donald as a soldier and an actor and his mother is a nurse by profession who also happens to be an exceptional cook. Paul’s parent got divorced in 1982 before he had reached his twenties.

His father Donald Edward Wahlberg died at the age of 77 years in 2008. Paul is the fifth of the nine Wahlberg children. His brothers Mark, Donnie, and Robert are well-known actors.

Paul often mentions his cooking was influenced by his Sunday suppers at home with family and friends. He also learned much about cooking from his mother Alma. He worked as a caterer in his high school at the age of 16.

He served as an Executive chef for almost nine years in renowned hotels and kitchens around Boston. He owns ‘Wahlburgers’, a casual dining restaurant and bar, in partnership with his brothers Donnie and Mark which is also the subject of the television series ‘Walburgers’  aired on A & E network.

He is the owner and Executive chef of ‘Alma Nove’, a restaurant named after his mother. His struggle from the beginning days as a dishwasher in high school to a successful chef can be one of those success stories that would be admired by all.

Magazines have recognized the chef that Paul is, note:

Paul is a millionaire with estimated net worth of $5 million US. As a professional chef he earns $74,060 a year or more.