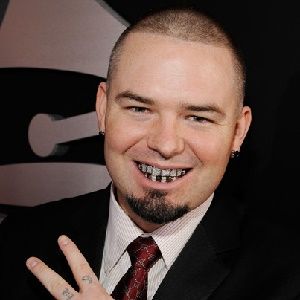 American rapper and singer Paul Wall is currently married to Crystal Slayton with two children.  It’s been 11 years for Paul and Crystal’s marriage and they seem very happy together. Talking about the past relationships of Paul Wall, it is believed that there is no any girl with whom he dated before meeting Crystal Slayton.

Paul Wall and Crystal Slayton are married to each other on October 22, 2005, and leading a happy life since then along with their two children William Patrick and Noelle.

Who is Paul Wall?

Paul Wall is an American Rapper and Singer who is best known for his work as a rapper based on Swishahouse Records. He is also popular for his signing with Atlantic Records releasing some of the hits ‘Get Money’, ‘Stay True’. Paul Wall once partnered with rapper Chamillionaire.

Paul Wall was born to American parents in Georgetown, Texas, United States of America, as Paul Gideon Manry. Paul Wall, the American rapper, was born on March 11, 1981, and was raised in his own birthplace. From the very early age of his life, he had a keen interest in rapping and singing but, his study course was based on business and mass speaking. Firstly, he was a student of Jersey Village High School in Texas whereby, he got to know Mike Jones and created a friendship. Later, he applied and joined the University of Houston for three years majoring in Mass Speaking but, there was a huge twist in his life. He established a decision that he will be choosing to rap as his career. So, for the sake of his fostering interest in music and singing, he dropped from the University of Houston.

After his dropping from the University of Houston, Paul Wall initiated to work for  Michael “5000” Watts’ company, Swishahouse and impressed him with a mixtape ‘Choppin Em Up Part 2′. This made Paul and his partner Chamillionaire the permanent member of Swishahouse. Paul and Chamillionaire launched their own group ‘The Color Changin’ Click’ and released some music for promoting labels like ‘Def Jam Records’, ‘Cash Money’, and ‘No Limit Records’.

In 2005, Paul left the group and released his own album ‘The Peoples Champ’ with the songs like ‘Sittin’ Sidewayz’, ‘They Don’t Know’, ‘Girl’, etc debuting at number one on the Billboard 200. After joining ‘Strange Music’ recording artist Tech N9ne, he was appointed as a fictional rapper as Grillionaire in the movie ‘I Hope They Serve Beer In Hell’. Apart from the music career, he made his acting debut from the 2006 film ‘Furnance’ and also acted in some of the movies like ‘I Hope They Serve Beer in Hell’, etc. With all his talents and appearances, he is now of net worth $ 12.5 million.

Paul Wall along with Baby Bash was caught in a drug raid early Friday morning on December 24, 2016. Firstly, it was considered as a rumor but, later on, it was confirmed and Paul Wall admitted too. There was a rumor in 2011 that he is going to join PowerHouse label. This was denied by him. Some viral fight videos and death rumors have also been made about Paul Wall.

Paul wall is 6 feet tall. He weighed 320 pounds. In 2010, he had 100-pound weight loss after his gastric sleeve surgery. His hair is dark brown and he is a bit bald. His eyes are blue.

Geordie Shore star Vicky Pattison reveals that she was with bar owner and best friend Paul Burns on the last night before his death!