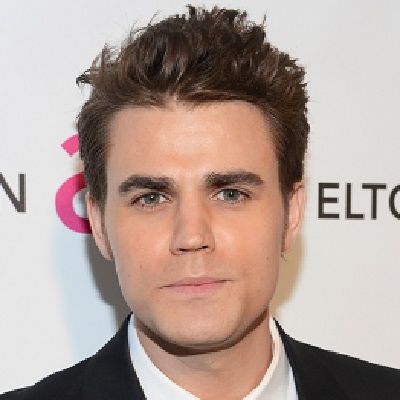 What is the relationship of Paul Wesley?

Paul Wesley is married to Ines de Ramon in February 2019. The couple does not have any children yet but they have a dog Greggy whom they treat like their kid.

Previously, he was married to Torrey DeVitto, an American actress 2011. Moreover, the couple first met on the set of Killer Movie, in a private ceremony in New York in 2011.

However, the couple didn’t last for long and they ended their relationship with a divorce statement in December 2013.

After the divorce from DeVitto, Wesley started dating Phoebe Tonkin, an American actress, and model in September 2013.

Unfortunately, the couple lasts for March 2017 and later they split up due to some misunderstandings between them.

Who is Paul Wesley?

Paul Wesley is an American actor, director, and producer who is best known for his roles as Stefan Salvatore on the supernatural drama series, The Vampire Diaries, and Eddie Longo in the anthology series, Tell Me a Story.

For his appearance in the TV series, he has earned many accolades and nominations, including the Teen Choice Awards as well as the Young Hollywood Awards.

Moreover, Wesley’s nationality is American and his ethnic background is Polish. He grew up along with his three sisters, Monika Emara, Leah, and Julia Wasilewski.

His father’s name is Thomas Wasilewski and mother’s name is Agnieszka Wasilewski. In addition to English, Wesley also speaks Polish, having spent 4 months every year in Poland until the age of 16.

Concerning Wesley’s education, he studied theatre in both New Jersey and New York City, and whilst in his junior year, he took the role of Max in Guiding Light (1952).

Due to his acting schedule, he transferred to various schools. Later, he graduated in 2000 and went on to Rutgers University, however, he was offered roles and decided to quit after one semester.

The show, which originally aired on CBS, was about a person whose fiancée is supposedly murdered, and the man, seeking answers, finds himself in a town filled with werewolves. Moreover, the story looked promising, but, it was canceled after a few episodes.

He joined the main cast of the TV series, Tell Me a Story in June 2018. Other network televisions directing credits of Paul Wesley include Roswell, New Mexico, and Legacies.

For the 2nd campaign, Wesley teamed up with The Vampire Dairies. They released the limited edition of a shirt designed by a fan with the words, Blood Brothers Since 1864which sold over 10,000 units in the USA.

Likewise, for the same movie, he receives the Teen Choice Award for Choice TV: Breakout Star Male and The Young Hollywood Award for Cast To Watch

What is the net worth of Paul Wesley?

Paul Wesley has an estimated net worth of $6 Million as of 2022. Moreover, he earns an impressive amount of fortune from his profession. However, he hasn’t disclosed his annual salary yet. But as per sources, he earned $30,000 to $40,000 per episode.

Paul Wesley and his ex-wife, Torrey DeVitto have sold their Hollywood Hills for $1.7534 Million. Back in 2011, Wesley bought the house for $980,000. The house is based on 3,262 square feet, with a 3-bedroom. The house also includes a private study, updated landscaping, and a built-in music system.

Last year, Wesley purchased his new home in Los Angeles’s Studio City Hills from Charlie Gillingham, a counting crows keyboardist at the cost of $2 Million in 2018.

Moreover, he owned an expensive car collection and a Toyota Prius, Triumph Bonneville Chopper, Audi A4, and others. Besides, he loves to travel out and has posted many photos of his luxurious cars while driving.

Paul Wesley is active on different social media networking sites. He has over 10.1K followers on Instagram. Moreover, he holds more than 4.1M followers on his Twitter account. Likewise, his Facebook also has 7 M followers.

Wesley hasn’t faced any controversies and debates regarding his personal life and career. Neither did anything false that someone would raise a voice on his character.

What are the body measurements of Paul Wesley?

He has hazel-colored eyes and light brown colored hair.

How did Paul Wesley and Ines meet?

Who is Ines de Ramon? 5 Facts about the Estranged Wife of Paul Wesley!