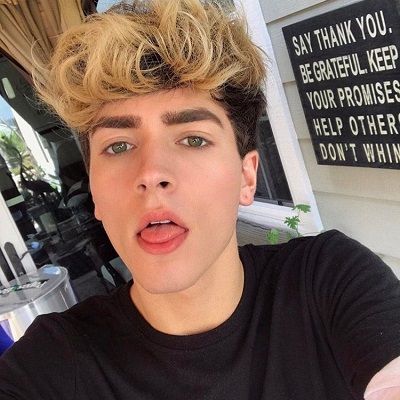 Paul Zimmer is in a relationship with Jamie Rose.

Paul and Jamie started dating from 2017. They have featured in each other’s videos several times.

Jamie is also a social media personality like Paul.

Who is Paul Zimmer?

Paul Zimmer is an Instagram star. Paul is a social media star. He is known as Musical.ly star with millions of followers.

Paul Zimmer was born on 13th July 1995 in Maryland, USA. He has six elder siblings.

He has kept his parents and education information private.

Paul was active on YouTube. He used to feature on ‘ExclamationPointYT’ channel. But he has not been active on it for a year.

Also, he featured on his girlfriend’s channel. Their video was We Got Arrested?, Making Slime and Paul Zimmer Lost Cocoa.

Paul gained popularity through his Instagram account. He had millions of followers on his Instagram. Similarly, he was in the app musical.ly. He had 7 million fans.

The estimated net worth of Paul is $200 thousand US. His girlfriend’s YouTube channel has earnings of around $1 thousand US.

Paul has dark hair and light brown eyes. He is 5 feet 7 inches tall and weighs around 63 kg.

He has thick eyebrows.