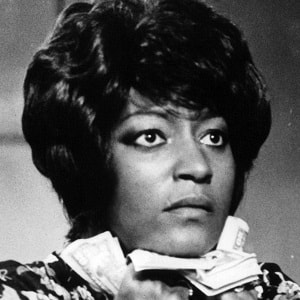 Paula Kelly is possibly single. Previously, she was married to Don Chaffey on September 15, 1985. They like to keep their profile low and have not shared much about their love life. According to some online sources, the couple has already separated but their exact date of separation is still unknown. After that, she has not been linked with any other person.

Who is Paula Kelly?

Paula Kelly is an American film actress, singer, dancer, and theatre actress, who made her Broadway debut as Mrs. Veloz in the 1964 musical ‘Something More!’ alongside Barbara Cook. Her other appearances include in ‘The Dozens’ in 1969, and ‘Sophisticated ladies’ in 1981.

She was born on October 21, 1943, in Jacksonville, Florida, USA. She is currently 75 years old. Paula is the daughter of a jazz musician. She was raised in New York City’s Harlem. She has not disclosed further information regarding her parents, siblings, and childhood.

Paula holds American citizenship but her ethnicity is unknown.

She portrayed the guest role in television musical ‘Sammy and Friends’ and ‘Peter Pan’ in which she appeared as Tiger-Lily. Then, she appeared in ‘The Richard Pryor Show’ and Gene Kelly’s ‘New York, New York’.

Later, Paula Kelly appeared on the London stage in ‘Sweet Charity’ alongside actress and dancer Juliet Prowse. She made her appearance in ‘Don’t Bother Me’, ‘I Can’t Cope’, etc.

Her other notable film appearances include ‘Top of the Heap’, ‘The Spook Who Sat by the Door’, ‘Jo Jo Dancer, Your Life is calling’, ‘Bank Robber’, ‘Once Upon a Time… When We Were Colored’, and many more.

As per the sources, she has an estimated net worth of around $700 thousand and she has earned that sum of money from her professional career.

She likes to maintain her celebrity status and has been successful in keeping herself away from rumors and controversies.

Paula Kelly has black eyes and black hair. But, other information regarding Paula’s height, weight, body measurement, etc. are not available.