Paula Zahn is an American journalist and newscaster.

Paula announced in April 2007 that she was divorcing Cohen after 20 years of marriage.

The pair separated the same year. Furthermore, she filed a lawsuit against Cohen alleging he had mismanaged 20 years’ worth of her career earnings. 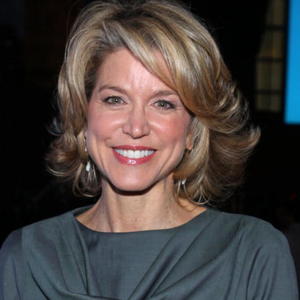 I'm a mother, I'm a journalist, I'm an American

I'm all of those things, and it really complicates your job when you have all these things come into play.

My challenge was even greater as a journalist, because this was happening in my own backyard.

Who is Paula Zahn?

Paula Zahn is an American journalist and newscaster. She has worked as an anchor at ABC News, CBS News, Fox News, and CNN.

Currently, she produces and hosts the true-crime documentary series ‘On the Case with Paula Zahn’ which airs on the Investigation Discovery channel.

Paula was born in Omaha, Nebraska on February 24, 1956, to a schoolteacher/artist mother, Betty Zahn, and an IBM sales executive father, Paula Ann Zahn.

Throughout her early life, she grew up in Canton, Ohio, with her parents and three siblings, Leslie(sister), Steve(brother), and Mark(brother).

Furthermore, in her childhood years, her family relocated to Naperville, Illinois, as her father’s job required them to move frequently. She is of American nationality. Additionally, she has not revealed information relating to her ethnic background at present.

Furthermore, she continued her education at Stephens College in Columbia, Missouri, on a cello scholarship. Eventually, she graduated in 1978 with a bachelor’s degree in journalism.

Initially, Paula spent her 10 years working at local stations around the country, including WFAA-TV, KFMB-TV, KPRC-TV, WHDH-TV (then WNEV), and KCBS-TV. Next, she accepted an offer to work at ABC News in 1987.

There, she anchored ‘the Health Show’, a weekend program on health and medical issues. Later, she began anchoring ‘World News This Morning’ which was the network’s early morning newscast. Additionally, she also anchored news segments on ‘Good Morning America’.

CBS News offered Paula Zahn a job in 1990. There, she began co-anchoring ‘CBS This Morning’ with Harry Smith. During her time in the network, she helped cover the 1992 Winter Olympics in Albertville, France with Tim McCarver, and the 1994 Winter Olympics in Lillehammer, Norway.

After 9 years at CBS News, Paula joined the Fox News Channel (FNC). There, she anchored ‘Fox Report’ which was the network’s nightly newscast. Later, FNC fired her r for what they alleged was a breach of her contract. Then, she began working at CNN. In addition, she later launched her CNN morning news program, ‘American Morning’ with Paula Zahn. Eventually, on July 24, 2007, she announced her resignation from CNN.

Paula became the new co-host of ‘SundayArts’ on New York City PBS stations WNET and WLIW on November 9, 2008. Furthermore, Discovery Communications announced on January 9, 2009, that it was developing a true-crime documentary series. The series ‘On the Case with Paula Zahn’ later premiered on October 18, 2009, on the Investigation Discovery cable channel.

Paula has not revealed her current salary. However, she has an estimated net worth of around $ 18 million.

Paula’s divorce from Richard attracted numerous controversies. There was a rumor that she was having an affair with Paul Fribourg.

Later, she became part of heated news after she told her friends that her sexless marriage to Richard Cohen drove her into the arms of another man. Currently, there is are no rumors concerning Paula and her career.

Talking about her body measurement, Paula Zahn has a height of 5 feet 6 inches or 1.75 m. Additionally, she weighs around 54 kg.

Furthermore, she has a body measurement of 33-24-34 inches. Her hair color is blonde and her eye color is blue.

Paula is quite active on social media. She has a huge number of followers on social networking sites such as Facebook as well as Instagram. Her Facebook page has more than 107k followers.

Dive into the investigative mind of Paula Zahn, the host of ‘On the Case with Paula Zahn’? And want to know about her investigation on Kellie Baliey’s Murder case? All it requires is just a click!!