Pauley Perrette has previously married for three years to actor and musician Coyote Shivers from 1998 to 2004.

Later, she was engaged to cameraman Michael Bosman. The pair, however, were not legally married but were together from 2005 to 2009.

In December 2011, she announced her engagement to Thomas Arklie, former British Royal Marine. She does not have children from any of her relationships.

Well, Pauley might be single as of now. In 2019, she announced via Twitter about her single status as she had chosen to be celibate. 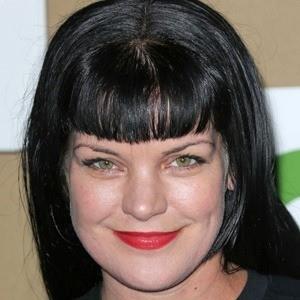 I am proudly voting No on Proposition 8. And am proud to be able to say, years from now when there are plenty more married couples of all types and shapes and colors and sizes trying to do the right thing with their marriage, that I did the right thing.

[on why she uses Twitter] I work for a lot of charities, and it's a good way to to get the word out and use that forum to do really, really good things.. Another good thing is that a person in the public eye needs to dispel rumours. Most of us feel that way. If you're in the spotlight, nobody talks to you ,they talk about you or at you. Things come up that are complete fabrications, and this is the way to reach your fans directly and say, 'No, this is the way it really is'.

[on the bad thing about Twitter] It can be a cowardly way to be cruel to people. It's a forum for cowardly bullies. I will never understand why somebody would take their computer or their phone and their time, whatever it is, 140 characters or whatever - even the energy to type with your hand - and choose to use all that to say something nasty about somebody else. I'll never get that. That's the part that always breaks my heart about the Internet.

Who is Pauley Perrette?

Pauley Perrette is an American actress, singer, writer, and civil rights advocate. People recognize her for portraying the role of Abby Sciuto on the U.S. TV series ‘NCIS’.

Perrette was born in New Orleans, Louisiana on March 27, 1969. Throughout her childhood years and some part of her teenage years, she lived up in Georgia, Alabama, Tennessee, North Carolina, South Carolina, New York, New Jersey, and California.

She wanted to become an FBI agent growing up.  She is of American nationality. Furthermore, she belongs to a mixed ethnic background of Scottish, English, Irish, Welsh, and German.

Perrette initially worked on several commercials and music videos. Additionally, she also worked as a bartender for a brief amount of time. She made her screen debut with a small role in the 1994 TV series ‘ABC Afterschool Specials’.

Later in 1998, she was cast alongside as Lisa on the TV series ‘That’s Life’. Since then, she has appeared in numerous other movies and television series. All in all, she has over 50 credits as an actress.

Some other movies and television series that Perrette has appeared in are ‘When We Rise’, ‘Fantasy Hospital’, ‘Inside NCIS’, ‘I Am Bad’, ‘FCU: Fact Checkers Unit, ‘Satan Hates You’, ‘NCIS: Los Angeles’, ‘Potheads: The Movie’, ‘Ash Tuesday’,’ Haunted’, ‘Hungry Hearts’, ‘The Ring’, ‘24’, ‘Special Unit 2’, ‘Dawson’s Creek’, ‘Dead Last’, ‘Time of Your Life’, ‘Veronica’s Closet, ‘Batman Beyond’ and ‘The Drew Carey Show’ among others.

Perrette won the award in the category of Best Female Performance at the Beverly Hills Film Festival in 2010. Additionally, she has other 5 nominations to her name for various awards including the Behind the Voice Actors Awards and People’s Choice Awards.

Perrette’s current salary is about $200k per episode and, she has an estimated net worth of around $22 million at present.

Additionally, her departure from the show ‘NCIS’ was also popular tabloid news for a period of time. At present, there are no rumors concerning Perrette and her career.