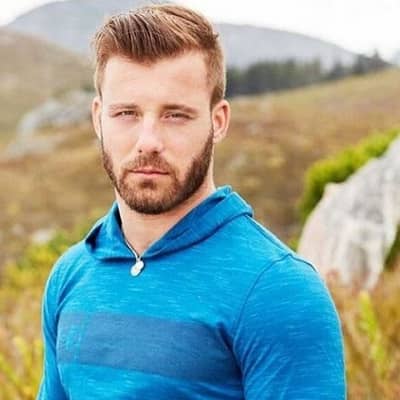 Be Yourself, everyone is taken

Paulie Calafiore is currently in a relationship with Massachusetts native Cara Maria Sorbello. He met his girlfriend for the first time in 2018 in the 12th season of MTV’S The Challenge: Final Reckoning.

At that time, Danielle went public and discloses that she had been talking to and seeing Paulie behind Cara’s back throughout the summer and fall of 2018. Later, Paulie and Cara reconciled and Paulie even visited Cara’s parents before finally moving in together.

Previously, he was in a relationship with Bachelor contestant Danielle Maltby. They started dating on 29th January 2018. However, without breakup rumors, he began dating Cara in June 2018.

They met through Big Brother season 18 in 2016 and turned their on-screen romance into a real-life. However, they broke up in February 2017. Also, before started dating Zakiyah, Paulie proposed to a woman but got rejected.

Who is Paulie Calafiore?

Paulie Calafiore is an American reality star and DJ. He is renowned for appearing in the 18th season of Big Brother and The Challenge: Final Reckoning.

Paulie Calafiore was born on 13th November 1988 in Howell Township, New Jersey. He holds American citizenship and belongs to Caucasian ethnicity. His Zodiac sign is Scorpio and his religion is Christianity. His full name is Paul Ryan Christoper.

Talking about his academic background he attended his high school in New Jersey whereas his school name is unknown. But he played football in his High School as a three-time Capitan. Later, He joins Rutgers University to play football for the Scarlet Knights team.

The reality star worked as a DJ before entering the house of Big Brother. In 2005, he joined Vesey Entertainment as a DJ.

Later, he appeared as a houseguest on the Big Brother 18 show. In the show, he was nominated three times. He was evicted by the HOH reign of victor during week 8.

Furthermore, he is a also contestant of Ex on the beach 1 and The Challenge: Final Reckoning. In the reality show, The Challenge he has won 20, with 6 eliminations where she has a record of 3 wins and 3 losses.

He also competed on War of the Worlds and was a finalist on Final Reckoning and War of the Worlds 2. Moreover, he owns a gym in his hometown to provide training to aspiring athletes. He has his own merchandise where he sale online clothing stuffs.

In 2018, Paulie accused of cheating on his ex-girlfriend Danielle Maltby that create headlines in the media.

The reality star hasn’t disclosed his exact net worth yet. He must have gathered a decent amount of net worth throughout his career.

Paul stands at a height of 5 feet and 11 inches approximately and his weight is around 70 kg. His biceps size is 15 inches and also has a tattoo on his hands.

Moreover, he has dark brown hair color and his eyes color is brown. His shoe size is 11 (UK). His other body measurements like Chest, Waist, and Hips are 42, 32, and 33 inches.

Paulie is active on Instagram with over 283k followers. He joined Twitter in February 2011 where he has more than 89.3k followers.

Also, he is active on Tiktok with over 77.2k followers.