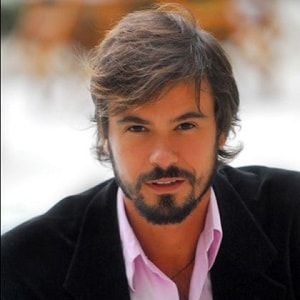 Paulo Vilhena began dating Sandy in April 2000, but they ended in January 2001. He had a troubled relationship with Luana Piovani in April 2002 and that ended in a few months as well.

He romanced with model Maryeva Oliveira in the same year and that relationship also did not go long.

He dated Priscila Fantin from May 2004 to January 2005. He was in a relationship with designer Roberta Alonso in June 2005 and they dated for 3 and a half years and eventually ended up in October 2005.

He began dating actress Thaila Ayala in June 2009. He was a godfather of Luísa in 2010, who is the daughter of his friends Fernanda Rodrigues and Raoni Carneiro.

Paulo and Thaila married in early 2011 in civilian secrecy and they conducted religious marriage for family and friends on November 21, 2011.

But, they ended their relationship on January 13, 2014, and the reason for their separation is still unknown.

Who is Paulo Vilhena?

Paulo Vilhena is a Brazilian actor and director and he is best known for his role in ‘Sleep’s Clothing’, and ‘Tropical Paradise’. He was awarded Best Supporting Actors for his wonderful performance.

He was born on January 3, 1979, in Santos, Brazil. His birth name is Paulo Eduardo Oliveira de Vilhena Moraes and his nickname is Alemão. His birth sign is Capricorn.

He holds Brazilian citizenship but his ethnicity is not known.

He has passed an entrance exam in advertising and marketing at Pontificia Universidade Católica de São Paulo (PUC) in 1998.

But he left within the first semester because he got the role in the series ‘Sandy and Junior’.

He debuted from the TV series ‘Sandy and Junior’ in 1998 where he played the role of Gustavo. Then he appeared in the theatre starring in the musical ‘Tutti-Frutti: The Musical’.

Paulo debuted as a reporter on December 1, 2000, in the show ‘Show Video’.He made his debut in a novel from Coração de Estudante (“Heart of a Student”) and portrayed the role of agronomist Fábio.

He played the role of protagonist in Ahora É que São Elas in 2003 where he portrayed the role of young Vitório. After 15 days of vacation, he got the opportunity to play as Paulo César in the ‘Celebrity’. He entered the film industry in 2004 from the movie Xuxa and the Treasure of the Lost City. He became a director to command in the play ‘Room Student’ in 2005.

Paulo portrayed the role of wine expert Fred in ‘Tropical Paradise’ in 2007 where he got the chance to mature on the stage. He showed his daring character in the drama ‘The Architect and the Emperor of Assyria’ where only body language is used to tell the story.

Paulo played the role of Cristiano Stallion in ‘Morde & Assopra’ in 2011 in which the character only thinks of work. He appeared as Marcus Aurelius who is an intelligent and astute criminal in the web series ‘The Web’ on January 28, 2014.

He is given the role of Rubino in ‘A Força do Querer’ in the year 2017 but he gave up the role to play as the antagonist of Pega Pega.

He was awarded Best Supporting Actor honors at the Los Angeles Brazilian Film Festival for his marvelous performance in ‘Entre Nós’.

Paulo Vilhena: Net Worth and Salary

There is no relevant information available about his salary and earnings so it is hard to predict his net worth. However, it is under review.

There is a rumor that he has been secretly engaged with his girlfriend but there is no fixed announcement of his engagement.

Paulo Vilhena has got light brown color hair and black eyes. Other information regarding his body measurement is under review.

To know more about John Crowley, Alex Zamm, and James Roday, please click on the link.