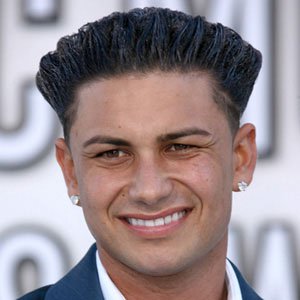 My hair didn't even move an inch and I was in and out of the water. My hair's windproof, waterproof, soccerproof, motocycleproof. I'm not sure if my hair's bulletproof I'm not willin' to try that

go into the ice cream. This hair ain't movin' my dude. 150mph on the highway on a street bike it doesn't move! What makes you think it's gonna move in a gelato shop?

What is the relationship of Pauly D?

Pauly D is in a relationship with Nikki Hall. They met on the reality show, Jersey Shore, season 4. They are in a live-in relationship and she has also met his daughter from his previous affair, Amabella.

In the 1990s, he was in a relationship with Splendor.

In 2009, he dated Jenni ‘JWoww’ Farley and Angelina Pivarnick.

He then began dating Deena Nicole Cortese in 2011. The couple separated later that year.

Who is Pauly D?

Pauly D is an American television personality and disc jockey. His real name is Paul DelVecchio. He is widely famous for being a housemate on MTV’s reality show Jersey Shore from 2009 to 2012.

Pauly D was born on 5 July 1980, in Providence, Rhode Island, USA. His nationality is American and he is of Italian ethnicity.

His birth name is Paul DelVecchio.

He is the son of Italian parents Donna DiCarlo and Paul D. DelVecchio Sr. He has a sister named DelVecchio.

There is no information about his early life and childhood life.

Paul began his career as a local DJ under the name Pauly D at the age of 18. He became popular when he was cast in the American reality television reality series, Jersey Shore in 2009. He starred in the series from 2009 to 2012.

In 2010 and 2011, he won the Teen Choice Award for Choice Reality Star: Male for the show, Jersey Shore. In the series, he appeared alongside Snooki.

After that, he appeared as a contestant on the Fox show called The Choice in June 2012.

In 2011, he signed a three-album deal with 50 Cent’s G-Unit Records and G-Note Records. He then began his own reality TV series called DelVecchio on March 29, 2012. He later renamed the show The Pauly D Project.

He earned nominations for the “America’s Best DJ” competition in 2010. He was the social media ambassador for WWE Raw SummerSlam in August 2012.

On January 15, 2012, he released his first single, “Back to Love”, featuring British singer Jay Sean.

He released a single called “Did You Know” with Tdot in 2016. He joined the cast of Famously Single on the E! network in 2016.

Pauly has a net worth of 20 million dollars as of 2022. Information regarding his salary is not available.

Rumors are that Pauly and his girlfriend Aubrey O’Day are getting married soon. On the other hand, rumors of their separation are breaking the Internet. Pauly is rumored to have an affair with rapper Nicki Minaj.

All about Nikki Hall and Pauly D’s complicated relationship!