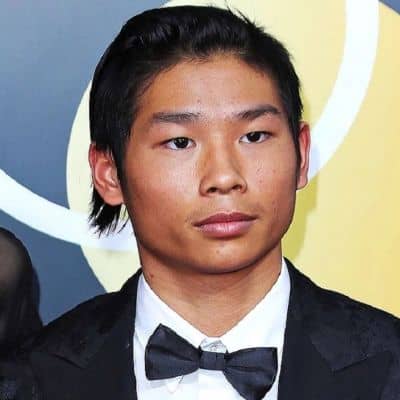 Is Pax Thien Jolie-Pitt Single or Dating Someone?

The young and handsome, Pax Thien Jolie-Pitt is currently single as he is too young to be involved in it.

However, the star kid is getting immense love and attention from celebrity guardians and his guardian’s fans.

Who is Pax Thien Jolie-Pitt?

Pax Thien Jolie-Pitt is a photographer and American celebrity child. He is best known for being the third adopted child of movie legends, Angelina Jolie and Brad Pitt.

Pham Quang Sang is his birth name, born to his biological mother, Pham Thu Dung. So, he belongs to the Southeast Asian ethnic group.

She was a heroin addict and Pax suffered from liver-related medical conditions. So, the caretaker, Bui Thi Thanh Tuyen took Pax to ‘Tam Binh Orphan Center.’

In 2006, the ‘Maleficient’ actress was looking for a healthy child to adopt from Vietnam. In the November of the same year, she went to the ‘Tam Binh Orphan Center’ along with her former husband, Brad Pitt.

There she chose Pax and before starting the legal adoption procedure, she decided to adopt him as a single parent due to the rule of Vietnam. During that time, unmarried couples were not allowed to adopt the child in Vietnam.

Pax was not aware of his adoption and it even took him some time to get close to Jolie. Though, The ‘Salt’ actress won his heart eventually.

On February 1, 2008, Brad Pitt adopted him as a non-biological father, after he went to the US.

Talking about his siblings, He has five half-siblings named, Maddox, Zahara, Shiloh, Knox, and Vivienne.

Pax Thien Jolie-Pitt has always been in the limelight for being the celebrity kid of famous actress and actor, Angelina Jolie and Brad Pitt.

The young star has appeared in different events and movie premiers after his adoption along with his lovely parents and siblings.

Moving on to his fame, he was featured in ‘Vogue’ magazine along with famous parents and siblings.

In 2014, he made his film debut by appearing in a minor role in ‘Maleficent‘ a dark fantasy film. His mother, Jolie was one of the lead characters in the movie.

Likewise, in 2016, he played the character of Yoo in Kung Fu Panda 3, an animated film.

In 2017, he got a chance to work as a photographer on the sets of ‘First They Killed My Father.’

The movie is based on Loung Ung’s book of the same name, which made Angelina Jolie’s directorial.

The film premiered at the 2017 Toronto International Film Festival and Telluride Film Festival. On September 15, 2017, the movie was released worldwide on Netflix.

Following that he walked down the red carpet along with his mother and also attended the 75th Golden Globe Awards.

Pax might be a high school student who is pursuing his education. Though, the name of the institution and his early educational life have not been shared.

The net worth of the ‘First They Killed My Father’ photographer is estimated to be around 300K USD, which he made as an actor and photographer.

The son of well-known actors has been maintaining a clean profile without involving any sorts of rumors and controversies.

Pax Thien Jolie-Pitt stands at the height of 5 feet 4 inches weighing around 60 Kg.

Moreover, his physical appearance includes, a pair of chinky black eyes and hair of the same color. He has an Asian face type.