The perosnal life of Paxton Myler!

Young Paxton Myler is currently not in a romantic relationship and might be single. He has not shared the details of his affair plus his girlfriend’s name.

But he is a very good friend of a girl whose name is Fatima. 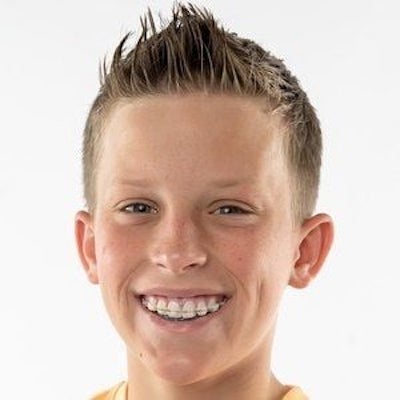 Who is Paxton Myler?

Paxton Myler is a social media star and gymnast who holds American nationality. Paxton Myler has a huge number of fans on the YouTube channel Ninja Kidz TV. Here he shows his athletic skills along with his siblings.

He was also in a movie titled Riot but as an extra.

His birthdate is 06 Sep 2008 and he was born in the United States. The identity of his mother is Allie Myler and his father is Shane Myler.

His dad is a Stunt Artist, Writer, Director, Actor while his mom is a YouTube star. Paxton Myler’s ancestry is Caucasian and has a twin sister named Payton. He has other two elder brothers Bryton and Ashton who were seen on Ninja Kidz TV.

As per the academics, he has not revealed the details.

Paxton Myler runs a YouTube channel where he uploads amazing challenge videos, fascinating vlogs, and other stuff for his admirer. The channel was created in May 2018 and it has now over 1.85 million subscribers.

His very first video was titled ‘ I surprised my mom with a Mohawk!, that he shared in 2018.

Some of his uploaded videos are Paxton Gets Power Rangers Beast Morphers Toys!, I surprised my mom with a Mohawk!, and MICRO TITANS Ninja Kidz Battle! New Hexbug Toy!., Pumpkin Carving Contest! Vote for your favorite!, I Built My Own LIGHTSABER!, Twin TikTok Challenge! Paxton VS Payton!, etc.

Paxton is also an important cast of the popular YouTube channel Ninja Kidz TV which has above 17.3 million supporters. He along with his siblings started this channel and it features action skits, challenges, and other family-friendly content. In the starting, they used to upload Power Rangers short videos that are loved by the audience.

Paxton Myler is officially present on social sites such as Instagram with over 50k followers.  On 21 Feb 2022, he posed for a picture with his sibling on a hilltop that was loved by the viewers.

This face of the digital world is at present keeping himself away from scandals as well as rumors.

Paxton Myler’s height is 4 ft 11 inches and his body weight is 43 kg. Adding further, he has naturally light brown hair and has eyes in blue color.