Updated On November 27, 2022 | Published By: Claude Payton
Share this
Divorce 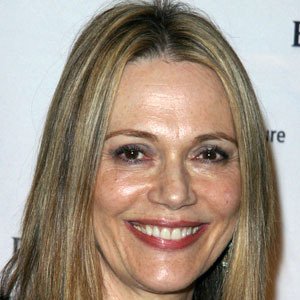 I didn't know how to smile for the paparazzi.

I had a wall around me and a lot of fantasy locked inside.

I didn't stutter when I was reading lines in a script. When I got away from myself, I didn't have that problem.

What is the relationship of Peggy Lipton?

She took a break from acting in 1974 in order to concentrate on her family but she got later separated from Jones in 1986 and they divorced in 1990.

Also, she was linked with Paul McCartney. Furthermore, she had relationships with alcoholic, abusive, or married men.

Who was Peggy Lipton?

Peggy had been diagnosed with colon cancer in 2004 and was treated for it. Unfortunately, at the age of 72, she died of the disease on May 11, 2019, in Los Angeles.

She was born on August 30, 1946, in New York City, New York, USA. Her birth name was Margaret Ann Lipton. Her father’s name was Harold Lipton and her mother’s name was Rita Hetty Benson Lipton.

She grew up in a middle-class Jewish family. Her mother was an artist whereas her father was a former corporate lawyer. She grew up with two brothers: Kenneth and Robert(actor).

At the age of 18, she moved to Los Angeles and she described herself as Topanga Canyon Hippie, focusing on meditation and yoga.

Peggy held American citizenship and her ethnicity was Ashkenazi Jewish.

She first joined the Lawrence Junior School and later joined the Professional Children’s School. After that, she enrolled for higher education at San Fernando Valley State College, Northridge, California, USA.

Peggy Lipton began her career at the age of 15 joining the Ford Agency. In 1964, she signed a contract with Universal Pictures and made her television debut on the NBC sitcom ‘The John Forsythe Show’ in 1965. She made her appearances in ‘Bewitched’, ‘The Virginian’, ‘The Road West’, ‘Wonderful World of Colors’, ‘The Alfred Hitchcock Hour’, etc.

She appeared as one of the three undercover ‘hippie cops’ from Los Angeles in ‘The Mod Squad’ which helped her winning several awards and nominations.

Her singles ‘Stoney End’, ‘Lu’, and ‘Carry Your Love Like Heaven’ landed on the Billboard charts. In addition, she was listed as one of several co-writers of the Frank Sinatra 1984 hit “L.A. Is My Lady’.

She won Golden Globe Award in the category Best TV Actress-Drama for ‘The Mod Squad’ in 1971, nominated for Soap Opera Digest Award in the category Outstanding Supporting Actress: Prime Time for ‘Twin Peaks’ in 1991, nominated for Outstanding Continued Performance by an Actress in a Leading Role in a Dramatic Series for ‘The Mod Squad’ from 1969 to 1972.

As of 2022, he had an estimated net worth of around $10 million and she has earned that sum of money from her professional career. Her annual salary was around $150k for superhit movies and shows.

She owned a house in Beverly Hills, California which has 3 bedrooms and 2 baths which cost around $4 million.

There were rumors and controversies regarding the interracial relationship between Peggy and her then-husband Quincy Jones.

Peggy Lipton had a height of 5 ft. 8 inches and she weighed 64 kg. Her body measurement was 34B-26-34 inches. Also, she had blonde hair and hazel eyes.