Who is Peggy Pettitt married to ?

Peggy Pettitt is in a happily married relationship with her husband, Rémy Tissier. Tissier is a writer, painter, and director. They got married in 1982 and live in New York City together.

She does not have any kids and there is no further news of the couple’s separation. 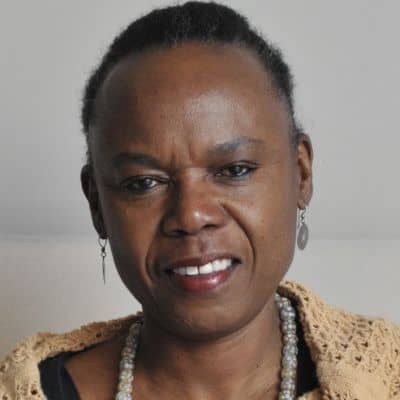 Who is Peggy Pettitt?

Peggy Pettitt is a famous American actress, teacher, dancer, storyteller, and playwright who is a native of St.Louis, Missouri.

She is worldwide known for appearing as Billie Jean in the American drama movie, ‘Black Girl’ alongside co-stars Claudia McNeil and Brock Peters.

Peggy Pettitt was born in St. Louis, Missouri, the United States on February 8, 1950. Pettitt is 72 years old as of 2022 and maintains an American nationality.

Her ethnicity is African-American and Aquarius is her birth zodiac sign as per the astrologers.

As a PlayWright and Storyteller

Peggy Pettitt has a different style of sole performance reflecting African-American story-telling, which has become her masterpiece of attraction in her theater career.

This unique form is introduced by her to represent the varieties of characters which clears and brings light on the miscellaneous history of African women and men.

They describe the stories showcasing the significant problems of our time. After alliancing with Remy Tissier, a director she has developed more than 10 original full-long plays.

So, the title of her stories includes Tricksters: All Over You Like White On Rice, Women Preachers, Wrapped Up, Mollie Oil BETWIXT, Tied Up and Tangled, Wild Steps, and In The Spirit For Real and Caught Between the Devil and The Deep Blue Sea.

Inspired as a Fullbright Fellowship  she created a play ‘Senegal: The Spirit Factor.’ It is a real-life history and the art of storytelling in a West Africa-based story.

American history including both the blues and spiritual heritages that reside in the Mississippi River but arose in West Africa is chronicled by it.

She has been awarded and honored with various grants and awards including,  the New York Foundation for the Arts and the National Endowment for the Arts.

In 2007 Peggy Pettitt was enlisted in the Lore’s People’s Hall of Fame along with Pearls of Wisdom.

During the time of Blaxploitation movies, she debuted with the movie, ‘Black Girl’ in 1972 which got her into the nomination of NAACP’s ‘ Best Actress’. Ossie Davis is the director of the movie, while J.E. Franklin is the writer of the movie.

She also appeared as Miss Lindsey in the play, Mule Bone, and other creations of Zora Neale and Langston Hughes.

Peggy Pettit is a talented and well-experienced storyteller who has worked in some workshops. She teaches writing, creating, and doing original material formally process-wise.

She has guided numerous people to showcase their own real stories through both story-telling and theater performances. She associates with social workers, drama therapists, and educators in public schools.

She has served in various schools and educational institutions in the U.S. as well as abroad. She has worked with both emotionally and physically disabled ones.

Peggy Pettitt has an estimated net worth that ranges from 1 to 5 million USD. However, Pettit’s salary and income are not disclosed yet.

Peggy Pettitt has not been involved in any rumors and controversies up to date as she has maintained a clean profile.

Peggy Pettitt is 5 feet tall while her weight is unknown. Her shoe size is 4 (US) while 8 (US) is her dress size.

Similarly, she has a dark complexion and black short hair. Her eyes are black in color.