Pennelope Jimenez is an American model, actress, and Playboy playmate.

Currently, Pennelope Jimenez is possibly single. She doesn’t seem to in any love affairs or might be she has kept it low key.

Previously, she was engaged to professional stock car racing driver, Tony Stewart. He also won a championship in both IndyCar and NASCAR.

The lovebird started dating in the year 2016. After dating one year, they take their relationship to the next level and got engaged in November 2017.

The lovebird was supposed to get married but their relationship didn’t work well and broke up in 2019. There were rumors going around that the reason the couple called off the wedding & marriage all together was that Pennelope wasn’t willing to sign a “pre” & “post” nuptial.

Furthermore, she hasn’t disclosed her past relationship. 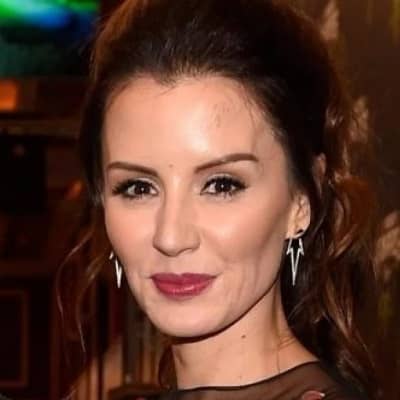 Who is Pennelope Jimenez?

Pennelope Jimenez is an American model, actress, and Playboy playmate.

She rose to fame after appearing in the movie, The Scorpion King.

The birthplace of Pennelope is in San Diego, California, the United States was born on July 26, 1978.

She is of American nationality and belongs to Mexican descent.

However, their names are unknown. Also, she hasn’t yet disclosed her siblings and childhood background.

Moving towards her academic background, she attended high school in Corona, California.

Moreover, no information is available regarding her education journey.

Pennelope started her career as a model. In 2000, she appeared in TV commercials XFL as a cheerleader along with Playboy Playmate, Karen McDougal, and Rachel Sterling.

Later, Pennelope also tries for ‘Playboy’ after the encouragement of McDougal where she was named as the March 2003 Playmate of the month.

Also, she has appeared on the swimsuit calendar dubbed ‘Playmates at Play at the Playboy Mansion’ where she was featured as Miss September in 2005.

Besides, she also features in several TV films and movies,

Until now, she hasn’t been through any rumors and scandals that creates headline in the media besides her relationship with Tony Stewart.

Pennelope hasn’t yet revealed her actual net worth and salary. It is still under review.

The actress is 5 feet 7 inches tall and her weight is around 57 kg. She has got both brown pairs of eyes and hair.

Likely, she wears a bra size of 34D. Her other body figure is still under the wrap.