Perdita Weeks is an English actress. She wears the character's skin while acting hence, she calls herself a good pretender. Perdita is married to Kit Frederiksen since 2012. The couple has twin boys. 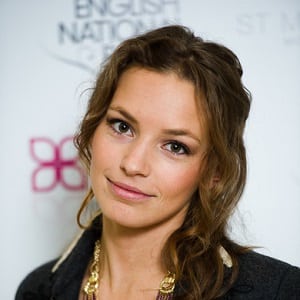 I personally cannot watch horror films: I am a scaredy cat and scare incredibly easily

There are a lot of similarities between Jonathan Higgins and Juliet Higgins: they're both British, they both come from military backgrounds, and they're both control freaks

I think the English public loves period drama. I love watching them myself. It's such a massive part of our TV tastes, even though, as an actor, you don't want to be doing the same thing again and again.

Perdita Weeks is a married woman. She is married to Kit Frederiksen. The pair married on October 4, 2012.

Additionally, they have twin boys from this marriage, Humphrey Carrington Frederiksen and Rupert Sebastian Frederiksen.

They were born on 30 April 2013. Weeks’ marriage is going strong as there is no news regarding any extramarital affairs at present.

Who is Perdita Weeks?

Perdita Weeks is a British actress. People mostly know her from her appearance as Kira in the 2018 movie ‘Ready Player One.

Additionally, she has appeared in several other movies and television series like ‘Magnum P.I.’, ‘Grantchester’, and ‘As Above, So Below’ among others.

Perdita Weeks was born in Cardiff on December 25, 1985. She was born to Susan Weeks (mother) and Robin Weeks (father). She is 36 years old.

Additionally, she has two siblings, Honeysuckle Weeks and Rollo Weeks: both of them are actors. Weeks became interested in the world of acting in her childhood years and began her career as an actress in 1993.

She is of Welsh nationality and English ancestry.

Talking about her education, Weeks attended Roedean School. There, she studied art history at the Courtauld Institute.

Weeks initially made her screen debut in 1993 with a small role in the TV mini-series ‘Goggle Eyes’. In 1995, she played Dottie in another TV series ‘Ghosts’. Additionally, in the same year, she also appeared in ‘The Cold Light of Day’ as Anna Tatour and in ‘Robert Rylands’ Last Journey’ as Sue.

In addition, she also portrayed the role of Moira in another TV series ‘Screen Two’. Since then, Perdita Weeks has appeared in numerous other movies and television series. All in all, she has over 30 credits as an actress.

Some other movies and television series that Weeks has appeared in are ‘Rebellion’, ‘The Musketeers, ‘The Great Fire’, ‘The Invisible Woman’, ‘Flight of the Storks’, ‘Titanic (TV Series)’, ‘Great Expectations’, ‘The Promise’, ‘Prowl’, ‘Four Seasons’, ‘Inspector Lewis’, ‘Lost in Austen’, ‘The Tudors’, ‘Sherlock Holmes and the Case of the Silk Stocking’, ‘Stig of the Dump’, ‘The Prince and the Pauper’, and ‘Spice World’ among others. Furthermore, Weeks has not garnered any award nomination to date.

Weeks has not revealed her current salary but her net worth is $5 million as of 2022. Additionally, there is no detailed information available regarding her other income.

Weeks’ made the news in 2018 after it was revealed that she was cast to play female Higgins in the ‘Magnum P.I. reboot. Furthermore, she has not been part of any notable controversies in her career. At present, there are no rumors concerning Weeks and her career.

Talking about her body measurement, Perdita Weeks has a height of 5 feet 4 inches (1.63 m).

Additionally, she weighs around 53 kg. She has an approximate body measurement of 34-25-35 inches. Furthermore, her hair color is blonde and her eye color is brown.

How old is Perdita?