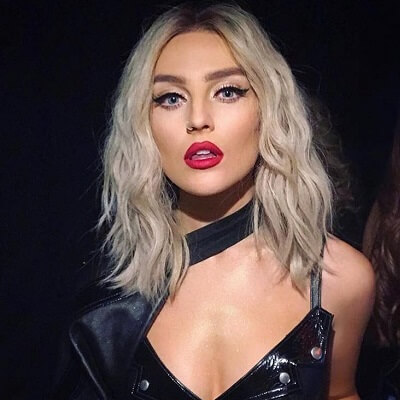 Perrie Edwards is currently in a relationship with Alex Oxlade Chamberlain. The English footballer plays as a midfielder for European giants, Liverpool FC. With the club, he has won the UEFA Champions League, UEFA Super Cup, and the FIFA Club World Cup.

The pair started dating in November 2016. The pair are seen in social media together very often. She recently revealed that she is “having the time of her life” with the Liverpool star. Currently, the pair is self-isolating in Manchester together during the Coronavirus outbreak.

Previously, Edwards was engaged to pop icon, Zayn Malik. The couple started dating in 2012 after meeting in The X Factor. They got engaged in August 2013. After being engaged for two years, Zayn broke up with her. Reportedly, he broke up with her with a text message. She blasted the star for disrespecting her like that and shortly after the split, he announced his relationship with supermodel Gigi Hadid who is now pregnant with his baby in 2020.

She has also been in relationships with Youtuber, Joe Sugg, businessman Leon King, and actor Luke Pasqualino.

Who is Perrie Edwards?

Perrie Edwards is an English pop singer best known as a member of the popular British girl band, ‘Little Mix’. Having established itself as one of the biggest girl bands in the world, Little Mix has received several accolades throughout the years such as the MTV Europe Music Awards, Teen Choice Awards, Global Awards, Glamour Awards, etc.

Perrie Edwards was born as Perrie Louise Edwards on July 10, 1993, in South Shields, England. As of 2020, her age is 26. She was born to parents Alexander Edwards (father) and Deborah Duffy (mother). Her parents split up shortly after her birth. Edwards grew up with her mother as she had her custody but also has a close relationship with her father.

She has one brother named Jonnie Alexander Edwards and also a younger half-sister named Caitlin Edwards from her father. Her ethnicity is English, Scottish, Irish, Welsh.

Talking about her education, Perrie went to Radipole Primary and the St. Peter & Paul RC Primary School. After that, she went to Mortimer College where she studied academics and performance.

After completing her high school studies, she joined Newcastle College and graduated with a diploma in Performing Arts.

How much is Perrie Edwards worth?

Perrie Edwards has an estimated net worth of around $15 million as of 2020. With estimated record sales of over 50 million worldwide, her band is one of the best selling girl bands in the world.

The X Factor UK and the Formation of Little Mix

In 2011, Perrie auditioned as a solo singer for ‘The X Factor UK’. Initially, the judges rejected her but then teamed her with another participant who also got rejected. She was Jesy Nelson. They named the duo, ‘Faux Pas’. On the other hand, the duo of Jade Thirlwall and Leigh-Anne Pinnock was also rejected. The four of them formed a group called ‘Rhythmix’ which later changed to ‘Little Mix’.

They were dynamic together winning the competition and made history by being the first group to win the title of  ‘The X Factor’.

After winning the coveted title of The X Factor, Perrie and her group started working on their originals. First, they signed with Simon Cowell’s record label Syco Music releasing a cover of ‘Cannonball’ as their winner’s single

On 19th November 2012, Little Mix released their debut album ‘DNA’ which earned the #3 spot on the UK Albums Chart and also reached the top 5  in the USA.

In 2013, they released their second album, ‘Salute’. The album also debuted inside the top ten both in the UK and the US. A couple of years later, the group released their third album ‘Get Weird’. It was certified double platinum in the UK.

In 2016, they released their fourth studio album, ‘Glory Days’.  The album was a huge hit and became their first to reach the number one spot in the UK. It became the best-selling album of the decade by a girl group and was also certified triple platinum by the BPI.

In 2018, they released their fifth studio album, ‘LM5’ which was certified gold.

Edwards stands at a height of around 5 feet 3 inches. She weighs around 54 kg. The beautiful blonde has attractive body measurements of 34-25-34 for breasts, waist, and hips. Her bra size is 34 B. Moreover, her dress size and shoe size are 4 (US) and 7.5 (US) respectively.

Her hair color is blonde naturally but she likes changing her hair color regularly and her eyes are blue in color.

Perrie is not involved in any controversies. She has kept herself far away from any type of controversy and scandal. She has not done anything controversial in her career so far and is one of the most popular and well-loved singers around. Similarly, there are no rumors about her of any kind.

You may also like to read the Bio, Career, Body Measurements, Net Worth, Relationships, Social Media, and more about Emma Stone,  Jade Thirlwall, Nick Cordero, and more.