Persia White is a member of the rock band XEQ3. 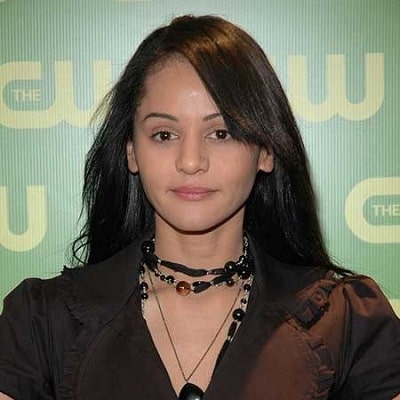 Persia White is happily married to Joseph Morgan since 2014 July 5. Joseph is a Vampire Diaries star. The couple married in Jamaica after dating for three years.

Persia and Joseph have a daughter named Mecca White.

Who is Persia White?

Persia is recognized for her appearance as Lynn Searcy on the sitcom Girlfriend.

Her Bahamian father is Puerto Rican, African-American, and Irish and her mother is American.

Persia is one of the four children born to her parents. She spent her childhood in her hometown, Bahamas and grew up in Miami, Florida.

Her father met with a car accident and was paralyzed. He moved to Miami for better care and treatment. At that time, Persia was three years old.

After two years, her mother moved to South Florida with the children and lost contact with her husband.

In Miami, she joined Coconut Grove Children’s Theater and started her career as an actor.

Initially, she wanted to become a singer.

However, White moved to Los Angeles at an early age and received her Actors Guild Card. She made her appearance in Red Letters and Blood Dolls.

Later, she made her appearance in ‘Operation Sandman’.

Recently, she appeared as Bonnie’s mother on The Vampire Diaries in a semi-recurring role.

White is a vegan. She is a human and animal rights activist and environmentalist. Furthermore, she has supported various philanthropical works.

She is a board member of the Shepherd Conservation Society, Vancouver, Canada.

In 2005, she was honored as Humanitarian of the Year by PETA.

In 2011, she won Grand Jury for the category, Best Actor(female).