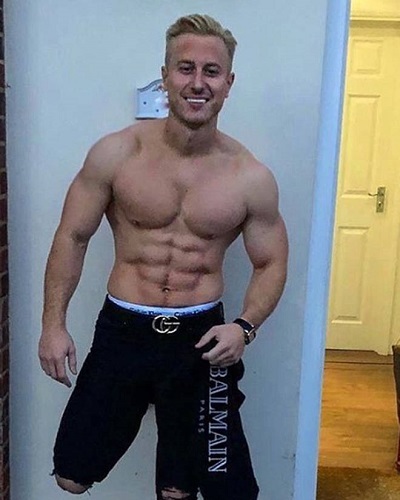 ‘Kris was mortified when he saw the pictures of Katie at the event and on Friday he decided he had enough. They had a furious row about it all and Kris called her tramp and told her she had embarrassed him beyond all belief.

‘He admitted he was an idiot thinking she would ever change and has said he feels completely betrayed by her.’

Though Kris has stopped talking to Katie, they have now gone on a make-or-break trip to Turkey and see if things work out. The source continued:

‘They have split up before and that time won’t be last – but they can’t keep away from each other. Katie knows that Kris loves the media attention and he has to complete on the filming schedule.’

So Kris is basically looking at Katie as a stepping stone for his career buildup! And he thought that he could change the mother-of-five.

A drag queen also licked her nipples. Katie also sang a song at the competition. It was a weekly amateur strip competition at the London Club.

Kris has unfollowed Katie on Instagram. Katie feels that she has not cheated on Kris and is surprised by his behavior.

Kris and Katie have been dating for a year. But the relationship has been an on-off type. Katie had also moved into his house with her kids. Katie has five children. Her eldest child is Harvey, 16 and he is a special child. This child was with her relationship with Dwight Yorke. She was married to Peter Andre and with him, she had two children-Junior, 13 and Princess, 11. She was later married to Kieran Hayler and with him, she shares Jett, 5 and Bunny, 4.

Besides these, she was also married to Alex Reid from 2009 to 2011. She was also in romantic involvement with businessman Alex Adderson sportsman Danny Cipriani, Dane Bowers, as well as Leandro Penna.