Peter Dante an American actor and producer. Peter Dante is a married man.

Peter Dante is a married man. He exchanged vows with Cynthia Pett-Dante. His wife is a producer and manager but their wedding details are unknown.

This couple is blessed with two children. They have two sons Jake and Lucas. 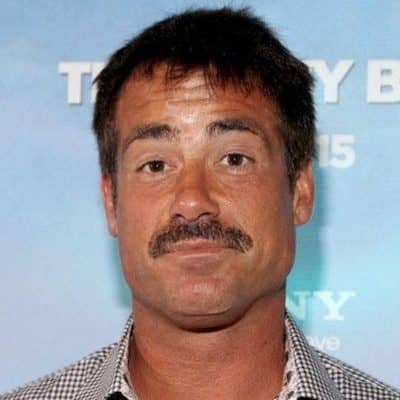 Who is Peter Dante?

His upcoming movie Road to Wherever is under pre-production. He is also a singer-songwriter and is a member of the Rad Omen music group.

His very first album titled Peace, Love, and Freedom came out in 2011.

His birthdate is 16 Dec 1968 and he was born in West Hartford, Connecticut, US as Peter Francis Dante.

The name of his mother is Joan and his father’s name is Anthony. Peter’s ancestry is Caucasian and as per his academics, he went to Hofstra University and Conard High School.

He also did his post-graduate from Fork Union Military Academy (1987-1988). Here he used to play football.

Peter Dante being a comedian/actor has appeared in several screen projects. He mostly appeared in Adam Sandler movies such as Just Go With It, Big Daddy, The Waterboy, Grown Ups 2, and more.

His other notable acting projects are,

His net worth is said to be around $10 million US as of 2022. However, his salary and other earnings are unknown.

This The Waterboy actor is keeping himself away from rumors and desperate scandals. But after he sold his Malibu home to Megan Fox, he got in trouble.

Megan sued him along with his wife for a mold problem. The case was filed for $5 million. Also, Peter in the year 2009 made a romantic conversation with a man on the phone.

Later that man threatened him and said he will cut Pater’s genitals and shove them down his throat. Peter got afraid and sought a restraining order to protect himself and his family.

Peter Dante’s height is 5 ft 11.5 inches and his body weight is 75 kg. Similarly, his eyes are dark brown and his hair color is also dark brown.