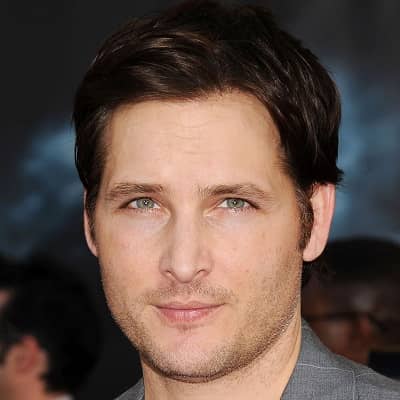 What is the relationship of Peter Facinelli?

Peter Facinelli is currently in a relationship with Lily Anne Harrison, an actress, who is 16 years junior to him. The pair got engaged on January 1, 2020.

Recently, the couple welcomed a child on September 5, 2022. They have not revealed the gender of their baby as of now.

Facinelli was first married to Jennie Garth on January 20, 2001. They have three daughters. Later, he filed for divorce in March 2012 which was finalized on June 2013.

Then, he dated Jaimie Alexander, an actress, whom he met on the set of Loosies in 2012. They got engaged on March 2015. And announced their separation on February 2016.

Who is Peter Facinelli?

Peter Facinelli is an American Actor mostly known for his role in the Twilight saga as the loving father of the Cullen vampire family.

Also, he was in a regular on the Showtime comedy-drama series Nurse Jackie playing the role of Dr. Fitch “Coop” Cooper.

He was born to parents Pierino Facinelli, a waiter, and Bruna Reich, a homemaker. His parents are immigrants from Trentino, northern Italy, while his father is from Revo, and his mother is from Spormaggiore. Peter is the youngest child of his parents and has three siblings.

In 1995, Peter made his feature film debut in Rebecca Miller’s Angela, and the same year the Tv drama The Price of Love gained the attention of critics.

Likewise, in 2000 he starred alongside James Spader in the science fiction movie Supernova. He appeared in The Scorpion King in 2002 and Riding in Cars with Boys in 2001.

From 2002-2003, he portrayed Donovan “Van” ray on the Fox television series Fastlane. Furthermore, he is well known for playing Mike Dexter in the 1998 movie Can’t Hardly Wait.

Pater was selected to play Erik Weihenmayer in Touch the Top of the World in 2006, the first blind person to climb Mount Everest. The movie is based on his best-selling autobiography.

Facinelli Films, a production film was created by him. His then-wife Jennie Garth starred in the Hallmark Channel telefilm Accidentally in Love, which he wrote and produced in 2011.  He portrayed Maxwell Lord in Supergirl in 2015.

Being a successful American actor and producer, Peter has earned a hefty sum of money from his career.

As per the celebrity’s net worth, he has an estimated net worth of $8 million. Despite living a lavish lifestyle, he has kept his exact salary or income is hidden until now.

Owing to his long professional career, Peter has never been a part of any controversial news.

He has maintained a clean image to the public and appears to be avoiding unwanted scandals and rumors.

Peter stands tall at a height of 5 feet and 11 inches and weighs approx 80kgs.

He has a masculine, perfectly toned body. Moreover, he has a pair of hazel eyes and brown colored hair.

He is active on Instagram with 837k followers under the username @peterfacinelli and has more than 1.6 million followers on Twitter. Moreover, Peter has over 507k followers on Facebook.