Peter Gadiot is currently Single. On his Instagram daily life updates, he interacts with admirers, but he has never spoken about his love life.

There have been no rumors of him dating or having a girlfriend. Furthermore, he has no previous intimate relationships or confirmed romantic connections. His silence, along with the lack of any indication of his relationship status, has probably led the public to conclude that he is single. 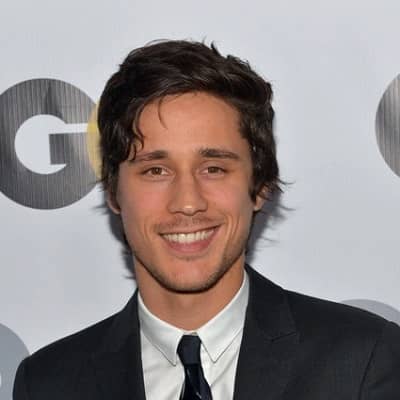 Peter Gadiot is a British television actor best known for his role as Cyrus in the ABC spin-off series Once Upon a Time in Wonderland, which aired from 2013 to 2014. In addition, Gadiot just began filming as Shanks in Netflix’s upcoming live-action series One Piece.

His parents are Jules Maria Johannes Ignatius Gadiot and Aurora Gabriela Nava Gadiot. His father is Dutch, while his mother is Mexican, and he was raised mostly in the United Kingdom. He has one older brother.

He began his studies at the Drama Centre London, one of England’s most prestigious drama schools, where he took part in numerous stage performances, polishing his skills.

In the hit USA Network series Queen of the South, he played James Valdez. MTV’s Hot Mess, the British series My Spy Family (2010), and the British horror film 13Hrs (2010), also known as Night Wolf, are among his previous credits.

In 2013, Gadiot made his American network debut in ABC’s Once Upon a Time in Wonderland as Cyrus, the handsome and mysterious Genie.

He also appeared in three episodes of Fresh Meat, a Channel 4 dramedy with a cult following in the United Kingdom.

She also starred in The Forbidden Girl, a German horror film (2013). Aside from that, Gadiot had recurring roles in the series Matador in 2014, and then the role of Ka in the Canadian-American miniseries Tut (2015).

Gadiot returned to the stage in 2016, as Petruchio in William Shakespeare’s The Taming of the Shrew at the Harman Center for the Arts in Washington, DC. From 2016 until 2021, Peter Gadiot played James Valdez in the USA Network criminal drama series Queen of the South, which was based on Arturo Perez-best-selling Reverte’s novel La Reina del Sur.

Peter Gadiot is actively engaged in campaigns against slavery and human trafficking. Peter Gadiot rowed Against Slavery across the Atlantic Ocean from the Caribbean to Africa with a crew in around 39 days to raise awareness of the subject of modern-day slavery.

Gadiot then competed in the Marathon Des Sables (MDS – Marathon of the Sands), a six-day race held in the Saharan desert. The 250-kilometer ultra marathon, which includes running through tall sand dunes, uneven rocky terrain, and perilous valleys, is regarded as the most difficult foot race on the planet. His journey was eventually finished when he climbed Mount Kilimanjaro.

Gadiot spoke to hundreds of school children in between, educating and raising awareness about the challenges. Gadiot was able to raise money for Anti-Slavery International and Save the Children through Rowing Against Slavery.

Despite living a lavish lifestyle, he has kept his exact salary, income, and assets hidden until now. As per sources, by 2022, Peter Gadiot’s net worth is expected to be $1.5 million.

Throughout his successful career, he never became a part of any controversial issue. Peter has successfully kept himself away from unwanted scandals and rumors.

Peter stands tall at a height of 5 feet and 9inches and weighs around 70kgs. He has a slim and lean body. His other body measurements are unavailable to us at the moment.

He has a fair skin complexion with Black colored hair and Light Brown eyes.