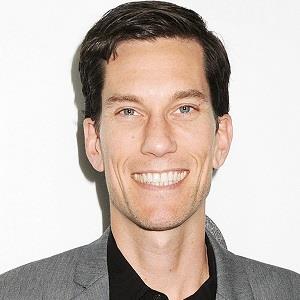 Peter Nowalk is openly gay. There are no details available about his partner. He has kept his personal life private and out of the spotlight. He usually doesn’t talk about his private life in media and public. He prefers people focusing on his work rather than his personal life. He hasn’t mentioned about his affairs publically and has managed to keep it low profile.

There is no any record of his marriage and divorce till now. He has not clarified about his married life, affair, and spouse till the present time. It seems like he is sharpening his strength and skills to make his all dreams come true rather than being stuck in a relationship. He is currently focusing on his work and it seems like he doesn’t have time for love affairs. According to the records, he is possibly single at the present time.

Who is Peter Nowalk?

Peter Nowalk is an American television writer and producer. He is famous for co-writing The Hollywood Assistants Handbook in 2008. He is also known for his work as a writer, executive story editor, and supervising producer in the medical drama series, Grey’s Anatomy. Nowalk is also very popular for his works on How to Get Away with Murder since 2014.

Peter Nowalk was born in Point Pleasant, New Jersey, United States. His birth date is unknown. There is no any information about his parents. He has not revealed any information about his childhood and early life. Peter usually doesn’t talk about his private life in media and public. He prefers people focusing on his work rather than his personal life. His nationality is American but his ethnicity is unknown.

Peter completed his school education in his native place. After that, he attended Brown University. From there, he graduated with a Bachelor of Arts degree in American Civilization in 2000.

Peter began his career as a co-writer of the book, The Hollywood Assistants Handbook in 2008. That same year, he began working as a recurring writer in the medical drama series, Grey’s Anatomy. He later became the executive story editor and supervising producer of the series. Peter left the series in 2013. After that, he began working as a co-producer and writer in the American political thriller television series, Scandal. Since then, he co-wrote and produced many episodes of the series.

Currently, there are no rumors of him being in any affairs. Also, there are no any rumors regarding his professional life. He has not been in any controversies till now. He has a well-profiled character. Since he has no rumors and controversies, he is a man with a nice character. His amazing work makes him a greater person and everyone loves him for his work.

Peter’s height, weight, and other body measurements are unknown. His eye color is blue and the hair color is dark brown.